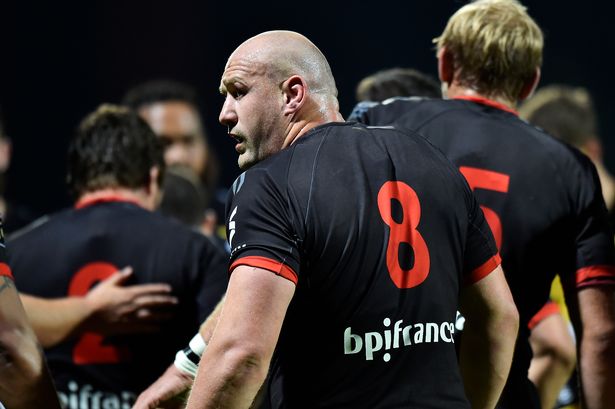 Powerful number eight Carl Fearns has once again rejected a Gallagher Premiership return in favour of staying in France.

The back-rower previously backed out of a move to Gloucester in favour of remaining with Lyon in 2017, with the French side having to pay the Premiership club compensation to keep hold of their star.

However, Fearns, who is happy and settled with his young family across the Channel, has signed for Rouen Normandie Rugby on an initial two-year contract.

Despite being one of the best English No.8’s over the past five years, he has never been capped due to him playing his trade overseas.

England legend Jason Leonard has told many great stories down the years.

Here are some of our favourites.

Just before we headed out to the 1995 World Cup in South Africa, all the players agreed on a booze ban when coach Jack Rowell discovered that someone had come in at 2am. He accused me at training the next day and I flatly denied it. As I told Martin Bayfield standing next to me: “It couldn’t have been me Bayf – I didn’t get in until 4am.” Poor Bayf just burst out laughing.