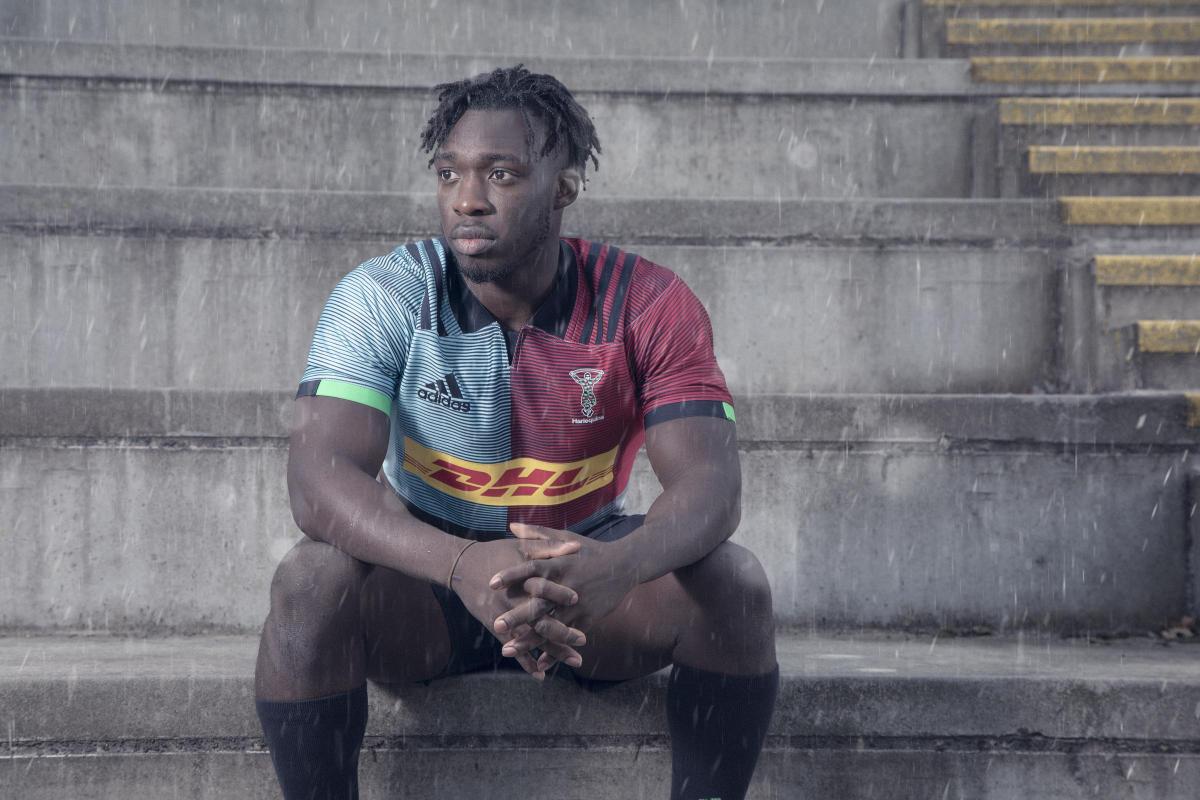 There have been shock reports in France this morning that Harlequins speedster Gabriel Ibitoye could potentially be leaving Twickenham Stoop.

It’s been suggested that the England U20 star, who has spent time training with Eddie Jones senior squad, could be moving to Agen.

We’d be very surprised if this happened. Quins boss Paul Gustard name-checked Ibitoye three weeks ago about his future.

The winger has been a regular in the England age group sides and was named in Eddie Jones’ wider training squad for the 2018 Six Nations.

Ibitoye won the 2017 U20 Six Nations and has represented his country in two World Rugby U20 Championship Finals.

Ibitoye was also nominated for Player of the Tournament in the 2018 World Rugby U20 Championship.