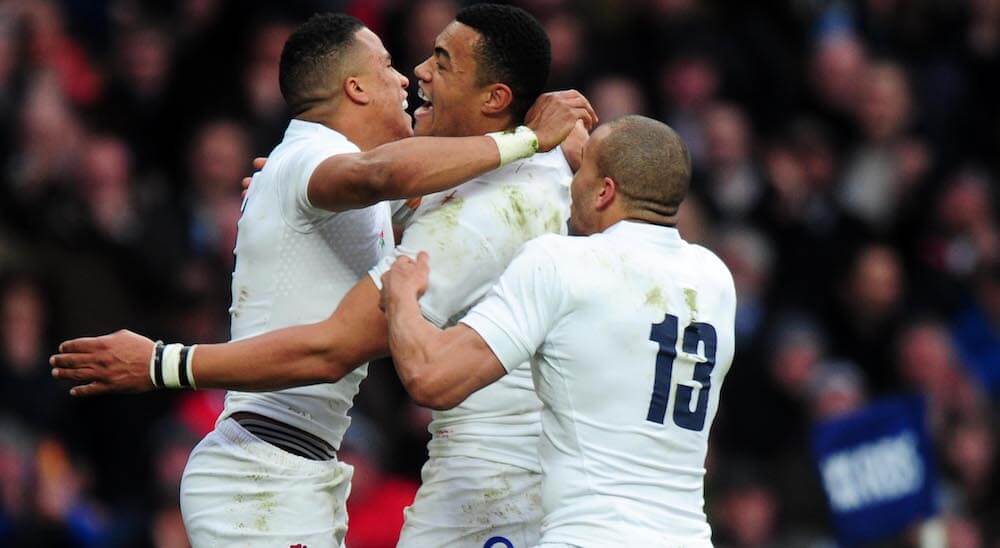 Luther Burrell has revealed the full story of how he reacted after missing out on England’s 2015 Rugby World Cup squad, with Sam Burgess instead getting the call. We all know how that ended.

Despite the infamous fall out, Burrell and Stuart Lancaster remain close, with the 15-cap international catching up with his old coach when Northampton and Leinster met in last season’s Champions Cup.

But the now rugby league star, having joined Warrington Wolves in 2019, has now revealed the full details of his World Cup heartbreak.

“For some reason, it all came down to me and Sam,” Burrell said to Sky Sports. “It was just a really funny situation I found myself in.

“Ultimately, I think Stuart Lancaster will have suggested to tell me himself because he felt it was the right thing for him to do. I walked into the office and I could tell straight away.

“He got emotional about it, I just got up and walked out, which was probably not the right thing to do, but my emotions were sky high and I’d just had a home World Cup taken away from me.

“Then all of a sudden, I’ve got the media following me, I can’t go to my house and I can’t walk the street, so it was a really difficult period at that point.”

Take a look at who Luther Burrell has picked in his all-time Dream Team for The Rugby Paper of players he’s played with or against.

This article was originally brought to you by The Rugby Paper in May 2019, the UK’s best-selling rugby publication, on-sale every Sunday.
To subscribe to The Rugby Paper CLICK HERE

Part of a magnificent Saints front row that gave us a platform. Huge scrummager who ensured our pack never went into reverse.

Leadership qualities he brings for Saints and England are second to none and his set-piece stats are right up there. Nails his lineouts and very good in the scrum.

Played with and against him and he was at Saints when our pack was a force to be reckoned with. Great character who did a mean home brew!

‘Mr Northampton’ is so dominant in the contact area and tackling is phenomenal. Laid-back, but an animal on the pitch.

Partnered with Courtney, this pair would dominate the opposition. Unknown when he came to Saints but was so explosive and had fantastic athletic ability.