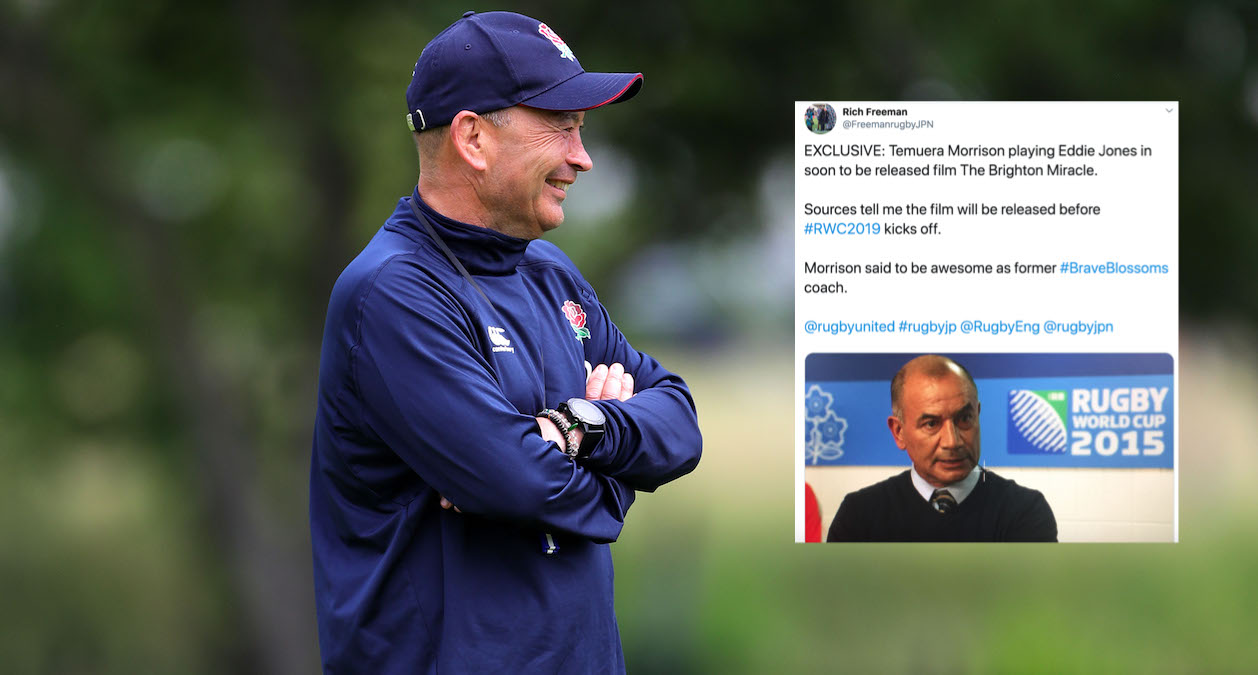 Morrison is portraying the Australian coach in a new film about Japan’s famous 34-32 win over South Africa at the 2015 Rugby World Cup in England, with the working name of The Brighton Miracle.

Jones – now head coach of England – was then the Japan boss and the mastermind behind the Brave Blossoms’ dramatic win.

Sources tell me the film will be released before #RWC2019 kicks off.