Lions and Wales legend Richard Hibbard has revealed his favourite James Bond film and it’s kicked off a fiery debate.

The Gloucester hooker tweeted that Daniel Craig’s debut ‘Casino Royal’ is his favourite outing of 007. 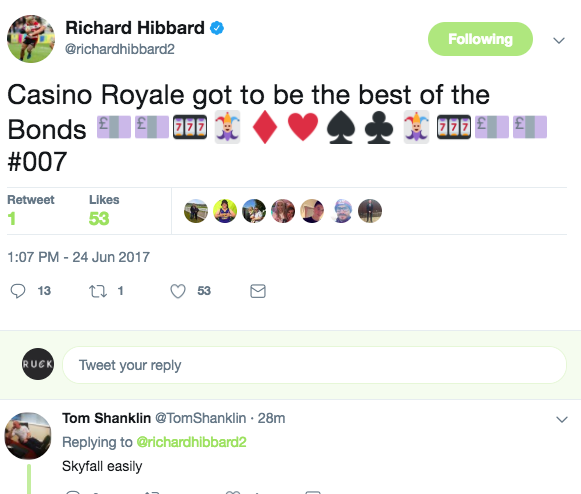 Teammate Nick Wood weighed in on the debate, suggesting a number of other films were in the running.