James Haskell has offered to hook Rory Best and John Barclay up with his range speedos during a funny conversation on Twitter.

Scotland captain Barclay tweeted that he was thinking of investing in a pair, before Ireland captain Best replied, sort of ‘recommending’ Haskell’s range of budgie smugglers.

You can view his range HERE.

The England flanker then responded with a picture of himself (of course) while offering to hook the lads up.

Nice to see the players from rival countries having good banter! 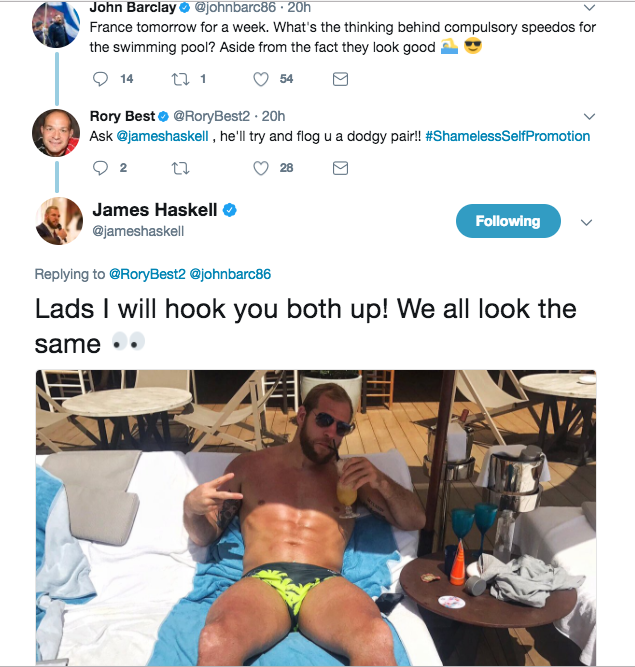