Some of rugby’s biggest names have been recognised by the British monarchy for their services to the game.

Sir Clive Woodward and now Sir Bill Beaumont spring to mind when considering rugby icons who have been knighted, but there are plenty more.

There are also other honours bestowed upon individuals, such as CBEs, OBEs and MBEs, and many rugby players have also been recognised with those, though they are of a lower rank than those of the aforementioned individuals.

Knighthoods are honours awarded to individuals by the sovereign of the United Kingdom in recognition of achievements in or services to a particular field.

Individuals are deemed to be ‘knighted’ when they are awarded a medal or badge which signifies that they have been given the title.

The Knight Grand Cross/Dame Grand Cross (GBE) is the highest honour of the chivalric order, followed by Knight Commander/Dame Commander (KBE/DBE). Those who have received these honours are free to take the title Sir or Dame.

Honorary knighthoods are awarded to citizens of countries where the British sovereign – in this case, the Queen – is not the head of state.

Rugby figures who have been knighted

1920: Henry Braddon – He was an Australian diplomat, businessman and rugby union player who played for Otago, New South Wales and New Zealand.

1927: George Rowland Hill – Hill gave 49 years service to the RFU, and in 1927 became the first person to be knighted for services to the sport of rugby union. 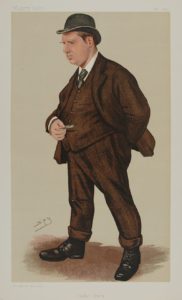 1944: Wavell Wakefield, 1st Baron Wakefield of Kendal – He was an English rugby union player for Harlequins, Leicester Tigers and England, President of the Rugby Football Union and Conservative politician.

1968: Carl Aarvold –  He was an English barrister who became Recorder of London. Among other cases, he presided at the 1965 trial of the Kray twins. In his earlier days, he was also an nternational player for England and the British Lions.

1969: Weary Dunlop – He was an Australian surgeon who was renowned for his leadership while being held prisoner by the Japanese during World War II. Prior to the war he had represented the Wallabies.