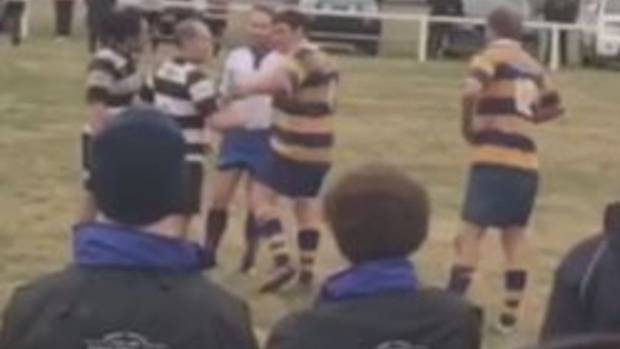 A South Otago rugby player has been banned from playing the sport in New Zealand after punching a referee.

The 28-year-old Vaea Uelese was playing for Crescent’s senior team on July 27 when he was sent off by referee Brandon Hale.

According to New Zealand media reports, the Crescent player didn’t agree with the call and took out his anger on Hale by throwing a punch.

The incident was captured in a grainy video from the sideline

After briefly speaking to them, the referee showed Uelese a red card for his actions.

The player then allegedly punched the man, hitting him in the shoulder and then his head.

After a short melee, the game was then called off with Strath Taieri winning 29-24.