New Zealand coach Steve Hansen led the tributes to All Blacks great Sir Colin Meads, who has died of pancreatic cancer at the age of 81.

All Blacks coach Steve Hansen and captain Kieran Read have both shared their memories of Sir Colin Meads, following his passing today at the age of 81. 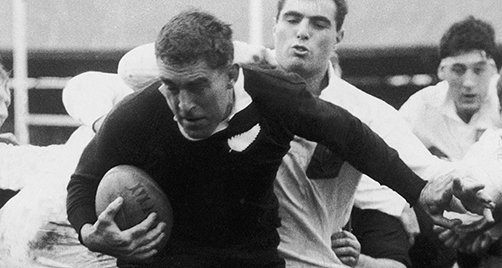 “An absolute legend of the game,” said All Blacks coach Steve Hansen. “It’s always sad when one of the big kauri trees falls.”

Read also noted the skills that made Meads one of the select few to hold the title of All Black captain.

“For me, he’s that type of person who probably would have stood out today,” said Read.

“A forward, ran like a back, [could] catch the ball in one hand, just an awesome man. [I] also had the pleasure to sit down with him a couple of times, he wasn’t shy in having a beer, just having a good yarn, so just a top man to talk to. He’d give his time to anyone; it was just great to rub shoulders with a man like that.

Sad to say goodbye to a Great NZer, Sir Colin Meads. A man who was everything our country stands for. RIP Sir Pinetree.

Rest in Peace Sir Colin Meads. What a true giant of a man.

World Rugby is saddened by loss of @AllBlacks legend Sir Colin Meads.Our thoughts are with the Meads family and New Zealand Rugby family.

A legend has fallen: Tribute to Sir Colin Meads.

Very sad to hear that the great Sir Colin Meads has died. There is a man who lived up to his legend. RIP

“A day to forget” – 5 England hopefuls who flopped this weekend

Fans pick their England XV for the Autumn Nations Series