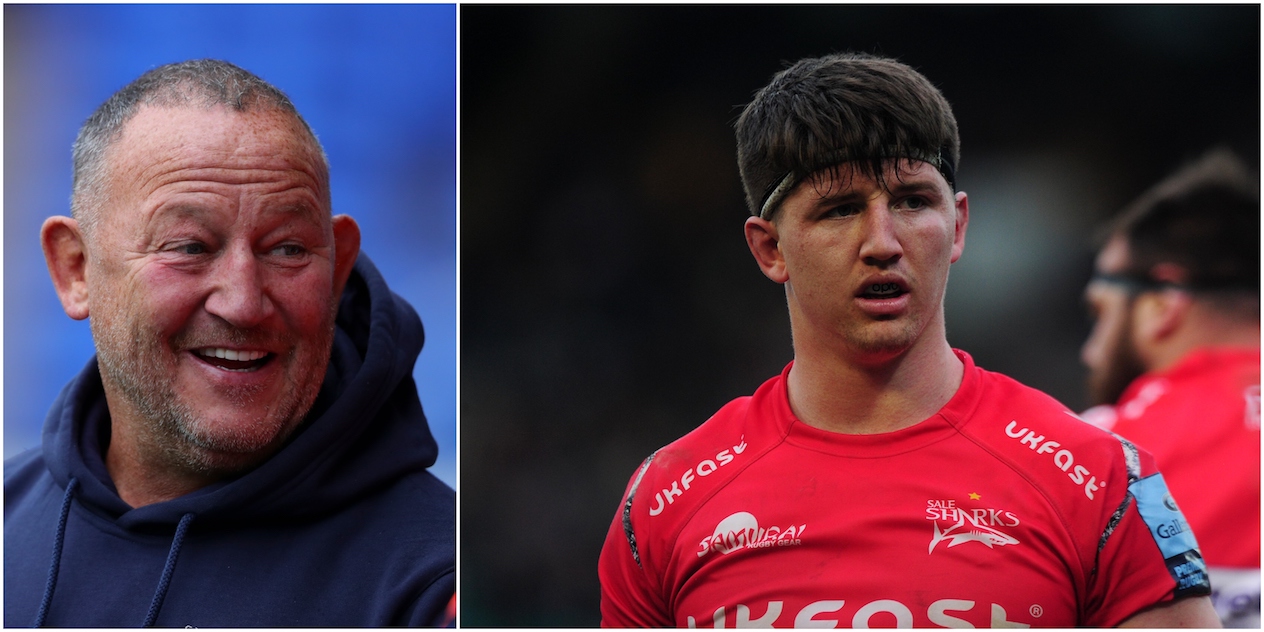 Sale Sharks boss Steve Diamond has responded to reports that his flanker Ben Curry could be deployed at scrum-half by England.

Sources have indicated to Sportsmail that there may be a genuine intention within the England set-up to explore the option of deploying him in a hybrid role for the championship.

“Eddie Jones approached me last year and said he believed Ben Curry could make it as an international No9,” revealed Diamond to Rugby Pass.

“I didn’t take it too seriously because he does like to find people to do different roles and last year there was the talk about Jack Nowell (Exeter wing) playing in the back row.

“I don’t know if Eddie is intending to do that with Ben but I would suggest that his best position is going to be openside flanker.

“However, if the England gurus, who are far more experienced than me, think like that then let them pick him at scrumhalf and we will take the money off the RFU!”