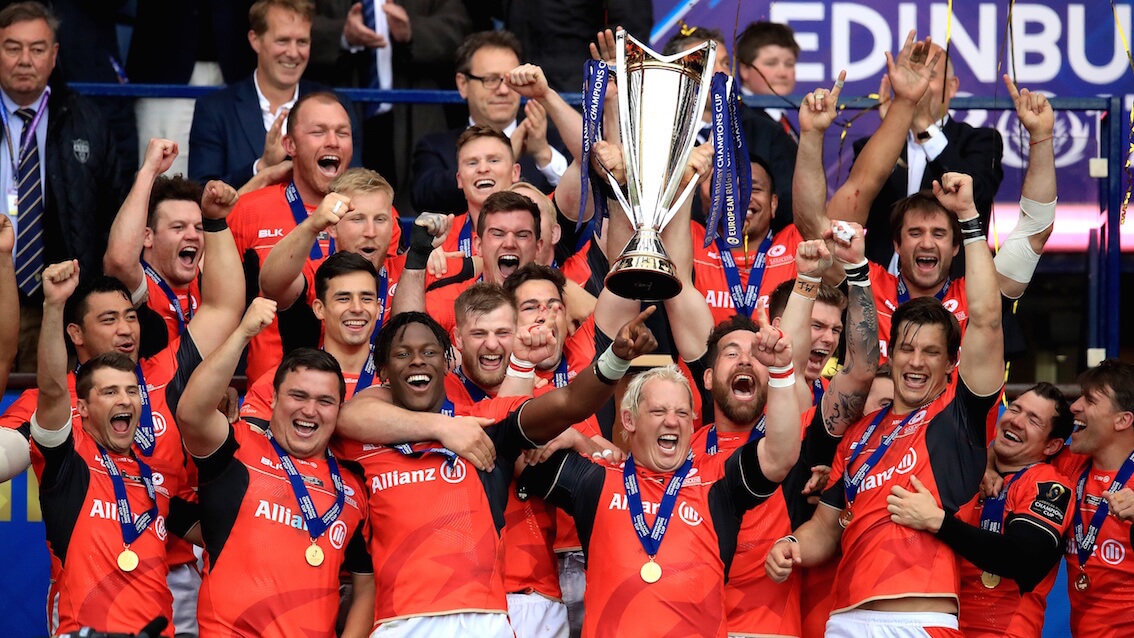 Saracens face an early repeat of their Champions Cup final against Clermont after being drawn in the same group as the newly crowned French champions for the 2017-18 tournament.

Mark McCall’s men became the fourth team to defend their European title after toppling Clermont 28-17 at Murrayfield last month, and the fierce rivals will meet again after being paired together in Pool 2.

The first round is staged on the weekend of October 13/14/15 with the final taking place seven months later at the San Mames Stadium in Bilbao.

Aviva Premiership champions Exeter entered Thursday’s draw in Neuchatel, Switzerland, among the three top seeds and their reward is matches against Leinster, Glasgow and Montpellier in Pool 3.

Three-times European winners Leinster succumbed 27-22 to Clermont in the semi-finals last season, while Glasgow fell to Saracens a round earlier.

A second all-Premiership collision will take place in Pool 1, where beaten domestic finalists Wasps tackle Harlequins, alongside clashes with Ulster and La Rochelle.

Potentially the most attritional of all groups involves Leicester, who must battle French play-off sides Racing 92 and Castres and lock horns with beaten PRO12 finalists Munster.

Bath, the seventh and final English club involved in next season’s Champions Cup, have been given daunting home and away fixtures against Toulon and also face PRO12 winners the Scarlets, but can at least take comfort from the presence in Pool 5 of Italian club Benetton.

The presence of four-time European champions and two-time runners-up Toulouse dominates the line-up for the Challenge Cup and it is Sale who have been matched with the fallen giants.

Cardiff and Lyon are also present in Pool 2, which is the pick of the second tier competition’s groups, and Sharks boss Steve Diamond knows a gruelling campaign awaits.

“When I first saw the draw, I thought it was the Champions Cup draw! We’ve been drawn against some great teams and I’m really looking forward to the challenge of taking them on,” Diamond said.