We asked you to select your 2018 Six Nations Team of the Tournament following the conclusion of Super Saturday where Ireland completed the Grand Slam. And now the results are in…

But who were the most popular picks? Here’s an XV of the players most frequently selected with nine Ireland players making the cut…

At fullback, Ireland’s Rob Kearney (33%) edged into the team ahead of Matteo Minozzi and Stuart Hogg with Irish record breaker Jacob Stockdale (60%) and England speedster Elliot Daly (28%) getting the nod for our wing spots.

Owen Farrell (34%) wasn’t at his best against Ireland but the England man has edged Bundee Aki to start at inside-centre while Huw Jones (46%) was a convincing winner for the number 13 shirt. 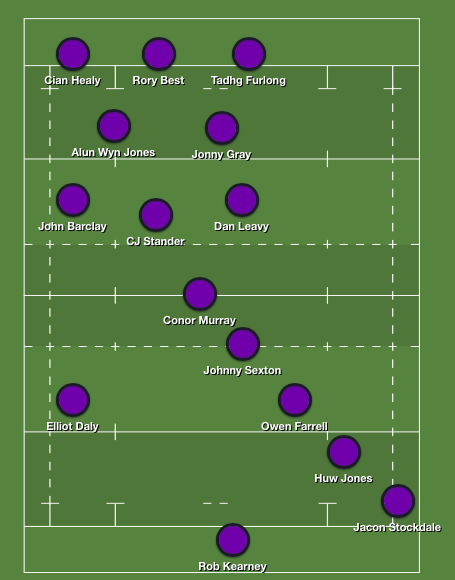 Unsurprisingly, fans voted for an all Ireland halfback partnership with Conor Murray (67%) and Johnny Sexton (72%) both earning a vast majority of the votes.

Wales captain Alun Wyn Jones and Scotland powerhouse Jonny Gray combine in the second-row after standing out for their sides consistently.