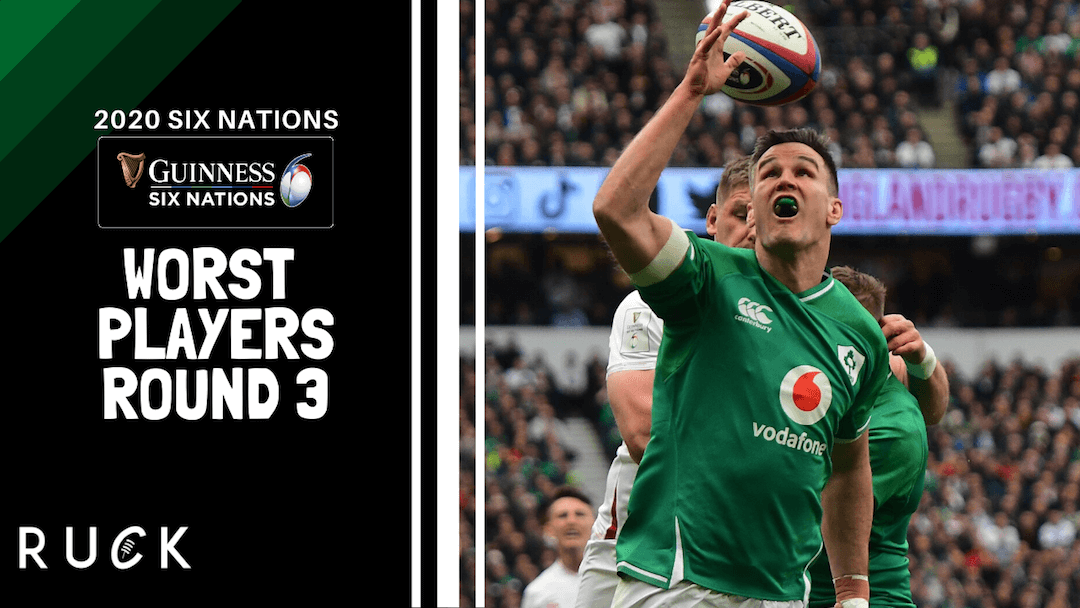 This weekly “Biggest Underperformers” piece is dedicated to calling out players who didn’t play as well as they can in the third round of the 2020 Six Nations.

As a rule, we avoid putting players on the list if they were injured during the game.

Horror show. Dropped the ball for Ford’s try, mishit two clearances, shanked an easy penalty attempt, told by ref to “calm down”, gave away penalty for 17-0, shanked conversion attempt. A day to forget: one of Sexton’s worst-ever games in green..

Johnny Sexton entering the changing room after the match: pic.twitter.com/dOkNqG5GRb