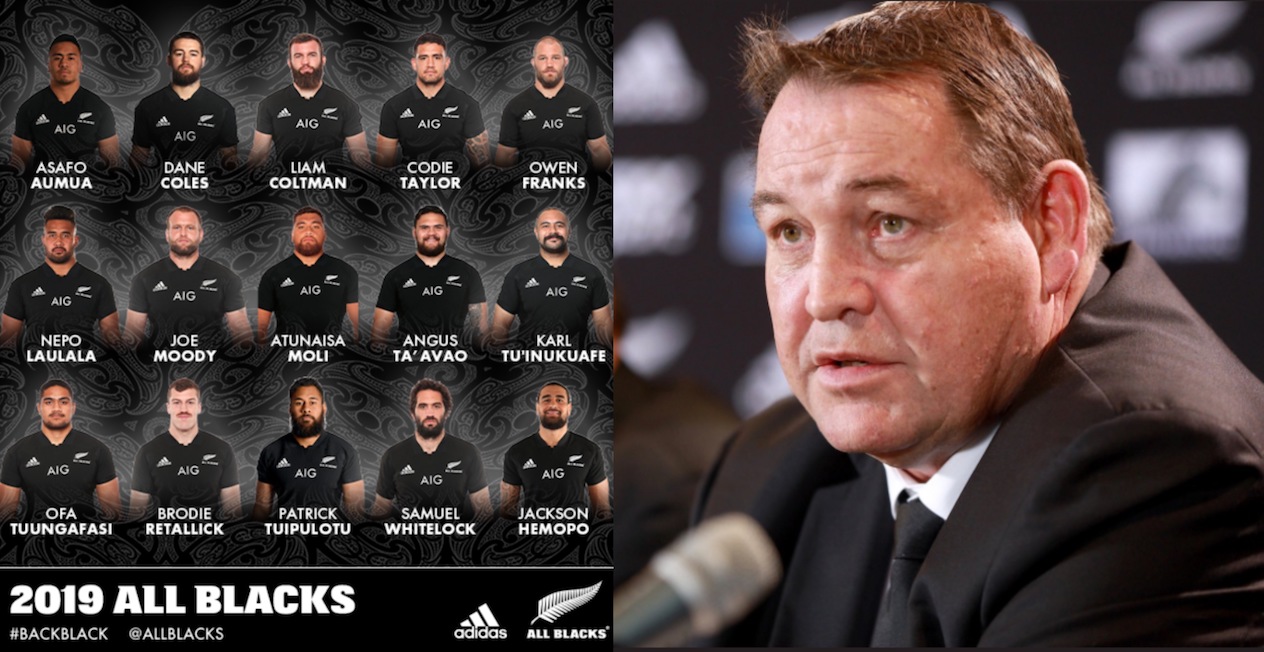 All Blacks head coach Steve Hansen has named four new players in his 39-man squad for the Rugby Championship Tests against Argentina and South Africa.

Chiefs back-row Luke Jacobson, Highlanders fly-half Josh Ioane and Crusaders outside backs Braydon Ennor and Sevu Reece are the debutants in Hansen’s squad, who face the Pumas in Buenos Aires on July 20 and the Springboks in Wellington on July 27.

Not considered for selection due to injury: Ryan Crotty, Scott Barrett, Tim Perry and Damian McKenzie.

Unavailable for selection: Liam Squire has also made himself unavailable as he felt he wasn’t ready to return to international rugby at this stage.