Eddie Jones has denied comments made by Toulon’s owner, Mourad Boudjellal, that Steffon Armitage has been promised an immediate route back into the England squad this year

This week the Toulon owner claimed Armitage had “come to see me to say he had the opportunity to play with the England team and that Eddie Jones had called him”, but that version of events has been rubbished by the Australian.

“You have to remember the bloke who makes the comments writes comic books,” said Jones, referring to Boudjellal’s publishing background.

“I don’t know whether he writes them or sells them but he has made plenty of money out of them. Batman and Robin won’t be in the team. People have false Facebook posts and false Twitter accounts so I suppose you can have a false phone call.”

With Armitage possibly available, Wasps are the first side to react with Director of Rugby Dai Young saying he’d definitely be looking to add the powerful back-rower if he was available. 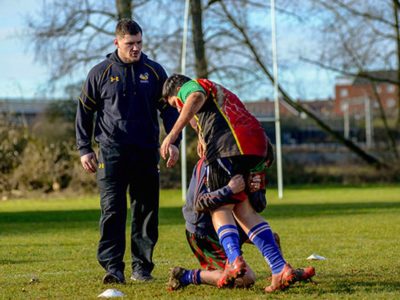