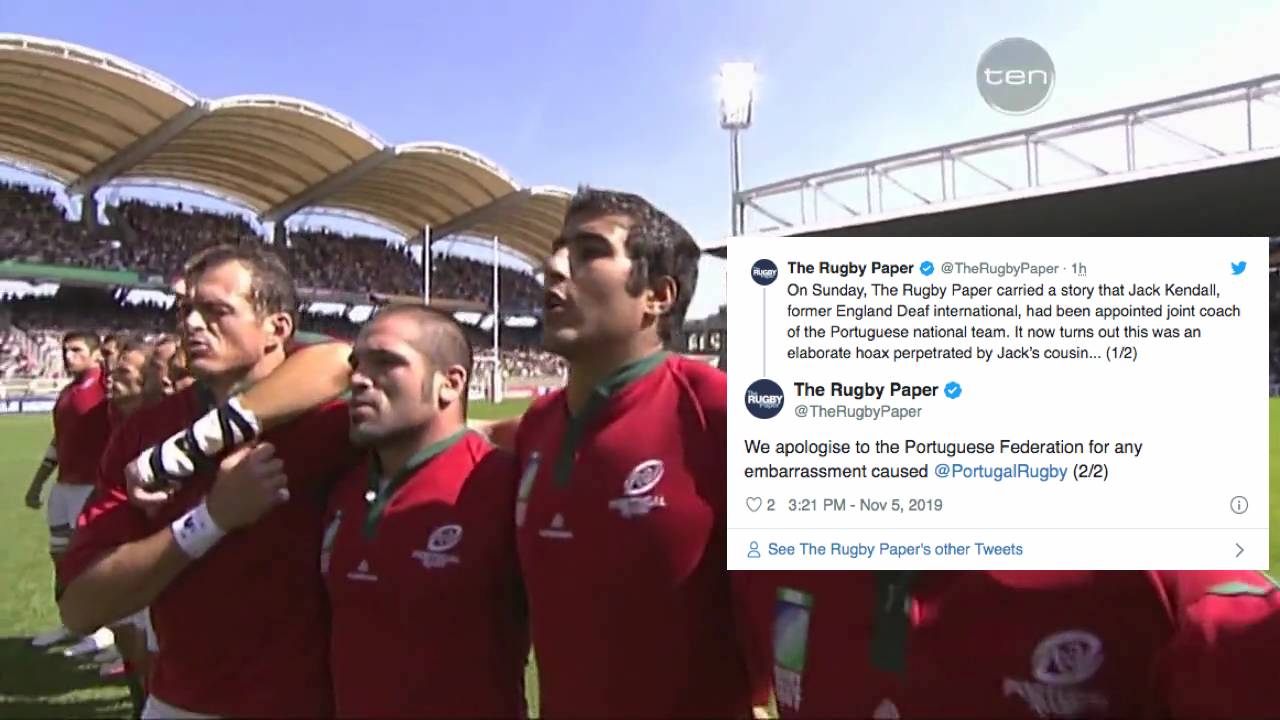 A strange story from this weeks edition of The Rugby Paper has come to an even stranger conclusion.

They ran an article about the Portugal national rugby team, falsely reporting that they have appointed Jack Kendall as their assistant coach, who is a former England deaf player.

However, The Rugby Paper revealed on Twitter that it was an elaborate hoax perpetrated by Kendall’s cousin.

“The Director of the Portuguese Rugby Federation was aware of a news report from an English newspaper referring to the hiring of an English coach named Jack Kendall by FPR.

“The FPR has, and exercising its right of reply, denied that Mr Jack Kendall has ever been contacted to engage in any professional activity at FPR.

“The senior coaching staff is led by Patrice Lasgisquet, who along with his deputies was presented to the media at a press conference last July.

FPR reserves the right to take legal action against the person responsible for this untruthful news.”