International rugby’s original rivalry. The teams first met (complete with 20 players a side) back in 1871 and have been at it hammer and tongs ever since for the Calcutta Cup.

Sadly, for Scottish fans at least, the one-sided nature of fixture in recent years has taken the sheen off the contest a little in terms of competitiveness. Anyone wishing to see what this fixture means to Scotland should view the infamous 1990 clash when David Sole and co broke English grand slam dreams. The fixture does sometimes bring moments of mutual love and cooperation though.

In 1989 Scotland’s John Jeffery and England’s Dean Richards shared a drunken kick around with the Calcutta Cup on the streets of Edinburgh. Repairing it wasn’t cheap. 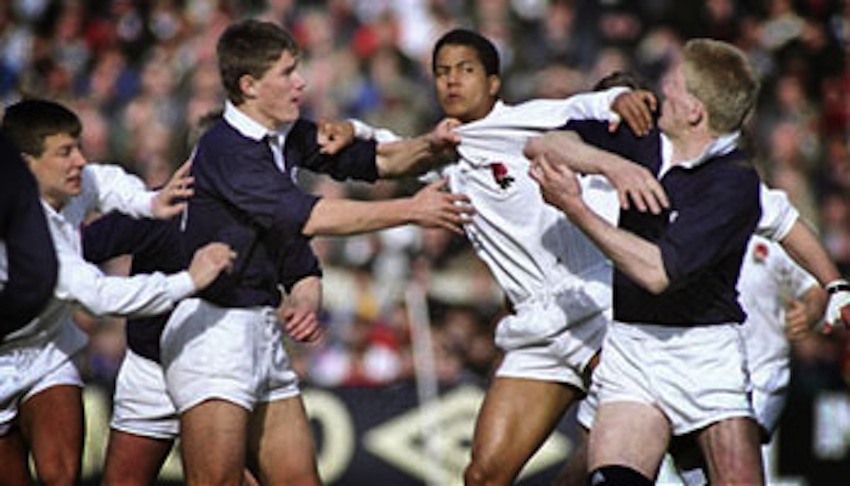 Les Bleus and the All Blacks have had some x-rated clashes down the years fit only for airing after the 9pm watershed. And none more so than the infamous 1986 ‘Battle of Nantes’.

It was where Wayne ‘Buck’ Shelford went down in rugby folklore playing in only his second Test for the All Blacks.

Against the brutally intimidating French side, Shelford found himself at the bottom of a rather aggressive ruck on 20 minutes.

An errant Les Bleus stud found its way to his groin, where it somehow managed to tear his scrotum.