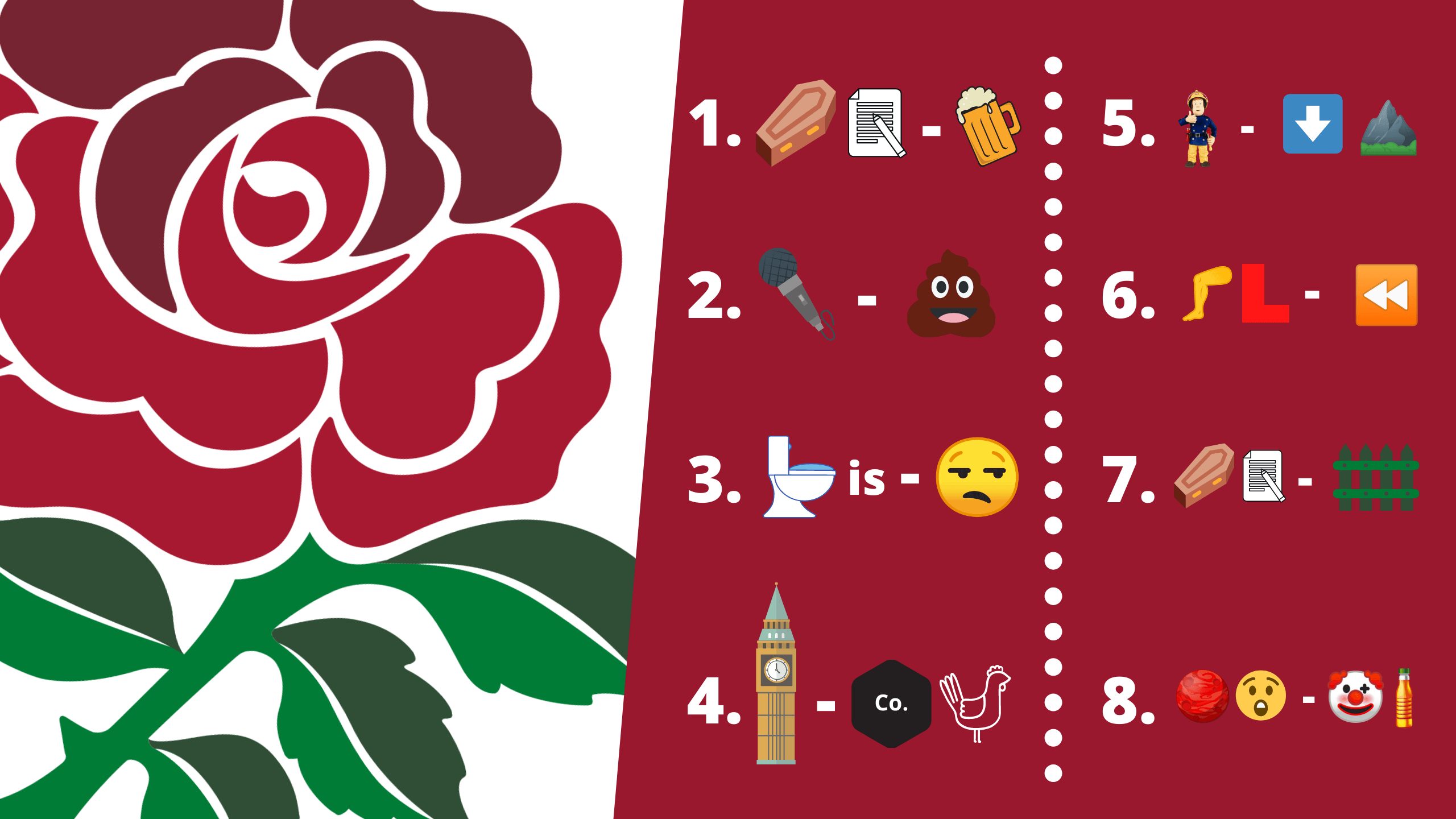 Inspired by Wales Online’s global rugby stars quiz, we’re challenging you to name these England players past and present based on nothing more than a series of emojis.

Some clues link to the phonetic sounds of a player’s name, while others aren’t as simple as that but you’ll have to use the clues to work out who it is.

Have a go and see how many answers you can get from the list below: the answers can be found at the bottom of this article.

Known as Billy Whizz, this former rugby league star proved a hugely successful convert to Union. A lethal runner from full-back or wing, he was a nightmare to mark in one-on-one situations. Had a knack of scoring memorable tries on the big stage.

England’s highest try scorer, with 49, and a player of undeniable attacking class. Many of his tries for England are classics of the game. Give him the ball, point him in the direction of the try-line, sit back and applaud.

The Prince of Centres,’ was how Guscott was described by Clive Woodward. And he wasn’t wrong.

A tall, stylish and astute centre who had a particular penchant for scoring tries against Wales. At 6ft 4ins, Greenwood had a physical presence himself but it was the judgement he brought to the field of play that marks him out. Everything you could want in a modern day inside centre and more. He is sorely missed.

‘Big Ben’ brought beef to England’s backs in the Clive Woodward era, and was a reliable finisher. Cohen scored 31 tries in 57 appearances and won the World Cup in 2003.