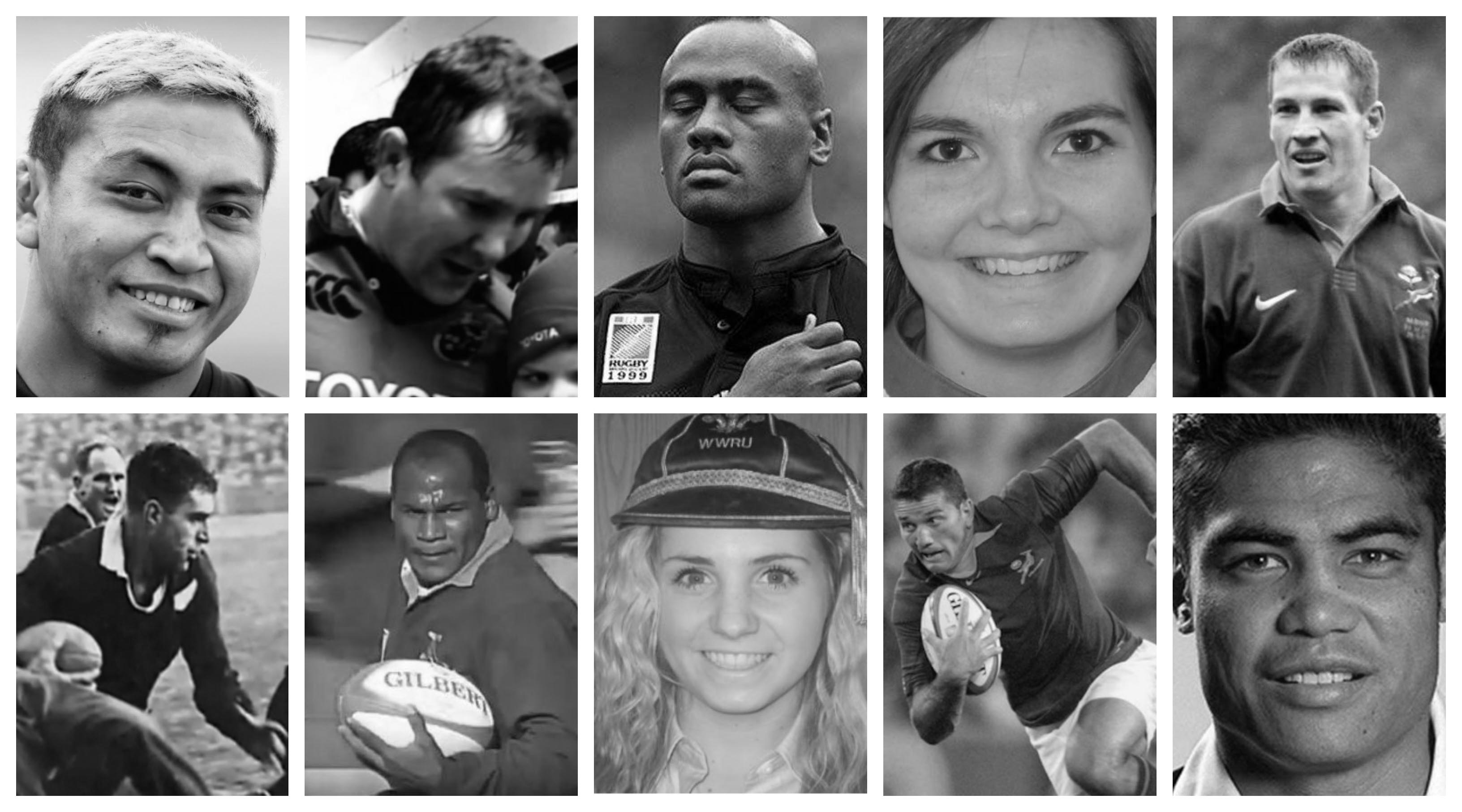 These Are The Rugby Players Who Died In The 2010s

NOTE: If we missed anyone, let us know so we can add them ASAP.

The 2010s were a rough decade for rugby fans since we lost many all-time great legends, like Jonah Lomu, 40.

On the morning of 18 November 2015, Lomu died unexpectedly in Auckland from a heart attack linked to his kidney disease. Playing on the wing Lomu finished his international career with 63 caps and 37 tries. He is regarded as the first true global superstar of rugby and consequently had a huge impact on the game

He made 89 appearances in test matches for the South Africa national team, scoring 38 tries. He mostly played as a scrum-half and participated in three Rugby World Cups, most notably in the 1995 tournament which was won by South Africa. After being diagnosed with motor neuron disease in 2011, he died at his home in Johannesburg surrounded by his family on Monday, 6 February 2017.

She died after suffering what proved to be a fatal concussion during a high school rugby game in Ottawa. It was her second concussion within a week. Her death and the results of the Inquest spurred her family to campaign for “Rowan’s Law” in Ontario. The law, the first of it’s kind in Canada, came in to force on September 9, 2016.

Meads is widely considered one of the greatest players in history. Nicknamed ‘Pinetree’ due to his physical presence, he was an icon within New Zealand rugby, and was named the country’s Player of the Century at the NZRFU Awards in 1999. In August 2016 it was announced that Meads had been diagnosed with pancreatic cancer, following several months of illnes he died on 20 August 2017.

Williams was the only black player in the Springboks squad when they claimed the world title in 1995. He scored four tries against Western Samoa in the quarter-finals before tasting glory in the final win over New Zealand. He died of a heart-attack in September 2019.

His nine caps for England saw him play in all nine Tests in the post-war 1946-47 and 1947-8 seasons. Micky even took on the role of scrum half in his final Test against France when the England number nine was injured. He captained the Barbarians twice and scored the first try in their inaugural match against Australia in January 1948.

He was a member of the Munster team that won the 2002–03 Celtic League and was the winning captain during their 2005–06 Heineken Cup success. Foley played for Ireland from 1995 until 2005 and captained the squad on three occasions. Foley died in his sleep on 16 October 2016, while staying at a hotel in the Paris suburb of Suresnes[ with the Munster squad; heart disease had caused an acute pulmonary oedema

The Cape Town-born lock played 63 Tests for the Wallabies between 2002 and 2011, before his retirement from the game in 2012 with a persistent injury problem. It is understood that rugby great Vickerman took his own life in his Sydney family home in February 2017, and is survived by his wife Sarah and two young sons.

The All Black powerhouse, who made 48 appearances for his country was considered to be one of hardest tacklers in rugby history, along with Brian Lima. Collins and his partner, Alana Madill, were killed in a car accident in southern France in June 2015.

The former Auckland and Blues rugby player passed away after a prolonged battle with cancer in April 2016. Haiu was in 2011 diagnosed with a Ewings Sarcoma in his rib, a rare and lethal form of bone cancer. The lock had been suffering rib pain for several months but initially attributed it to a rugby injury.

She was the youngest player at the 2014 Women’s Rugby World Cup, having made her debut earlier that year in the Six Nations Championship. On 25 February 2017, Norkett died as a result of a car crash near Glynneath, Neath Port Talbot.

The Doncaster prop died at the age of 27 after he collapsed at training in February 2018. Williams, who joined Doncaster from nearby Rotherham the previous summer, collapsed at the club’s Castle Park ground and could not be resuscitated.

Mika, who played seven tests for the All Blacks and two for Samoa, died of a heart attack in March 2018. He was New Zealand-born but played his first two internationals for Samoa, in 1994. He stood down for three years to enable him to be eligible for selection for the All Blacks and played seven tests as a loose forward for New Zealand – all in 1999.

The tough as teak wing died in July of this year of a heart attack, aged just 50. Small carved his name into Springboks folklore at Ellis Park 24 years ago for his heroic defence against rampaging New Zealand wing Lomu.

Last year, he tragically passed away in the changing room after a French Second Division match earlier this year. The match referee told Midi Oympique afterwards that the tackle was legal and “at the breast-sternum level”. He estimated Fajfrowski was unconscious for 90 seconds before coming round and was treated for “seven to eight minutes” before managing to walk off the pitch with the accompaniment of a doctor. However, he collapsed and vomited in the dressing room and died at 7pm that same day.

He was an English rugby union player and was the oldest living former England international player until his death. He made his international debut on 18 January 1947 against Wales at Twickenham before winning nine caps.

The powerful flanker nicknamed the ‘Silent Assassin’ by Christie passed away in January, 2010, aged 40 following a brain tumour. In all he played 36 times for South Africa making his debut against Argentina in 1993 and playing for the final time in Cardiff in their 1999 World Cup third place play-off with the All Blacks.

The dad-of-five, who starred for the Newcastle Falcons during their title-winning campaign in 1998, was diagnosed with an inoperable brain tumour in early 2016 and died in June 2017. Paul, known as ‘Tank’, also had cancer of the kidneys and liver.