Fans can start planning their trip now as tickets for the 2018 Rugby World Cup Sevens in San Francisco go on sale today – one year out from the tournament.

With exactly one year to go, tickets have gone on sale for Rugby World Cup Sevens 2018 in San Francisco and fans can now start to plan for what promises to be a very special celebration of world class sport.

And, with excitement building, organisers believe that the winning blend of an exciting new format, the presence of the world’s top men’s and women’s Sevens players, and an iconic host city, will make the three-day event one of the must-see attractions for domestic and international fans alike.

Click here to buy your tickets for RWC Sevens 2018. 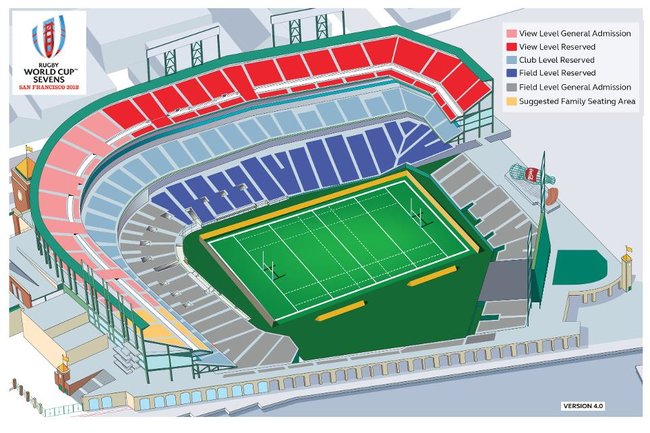 World Rugby Chairman Bill Beaumont said: “This is the day that Sevens fans in the USA and around the world have been waiting for as the tickets for Rugby World Cup Sevens 2018 go on sale for the first time and they can start to plan their tournament experience.

“Through a competitive ticketing programme and a global broadcast platform, USA 2018 will give thousands of sports fans in the San Francisco Bay Area, all along the west coast of North America and around the world the opportunity to experience this thrilling, all-action sport up close and personal.

“Rugby Sevens is going from strength to strength around the world with record participation figures, more men’s and women’s nations competing at the top level, record attendance numbers and ever-growing broadcast figures and I am sure that Rugby World Cup S