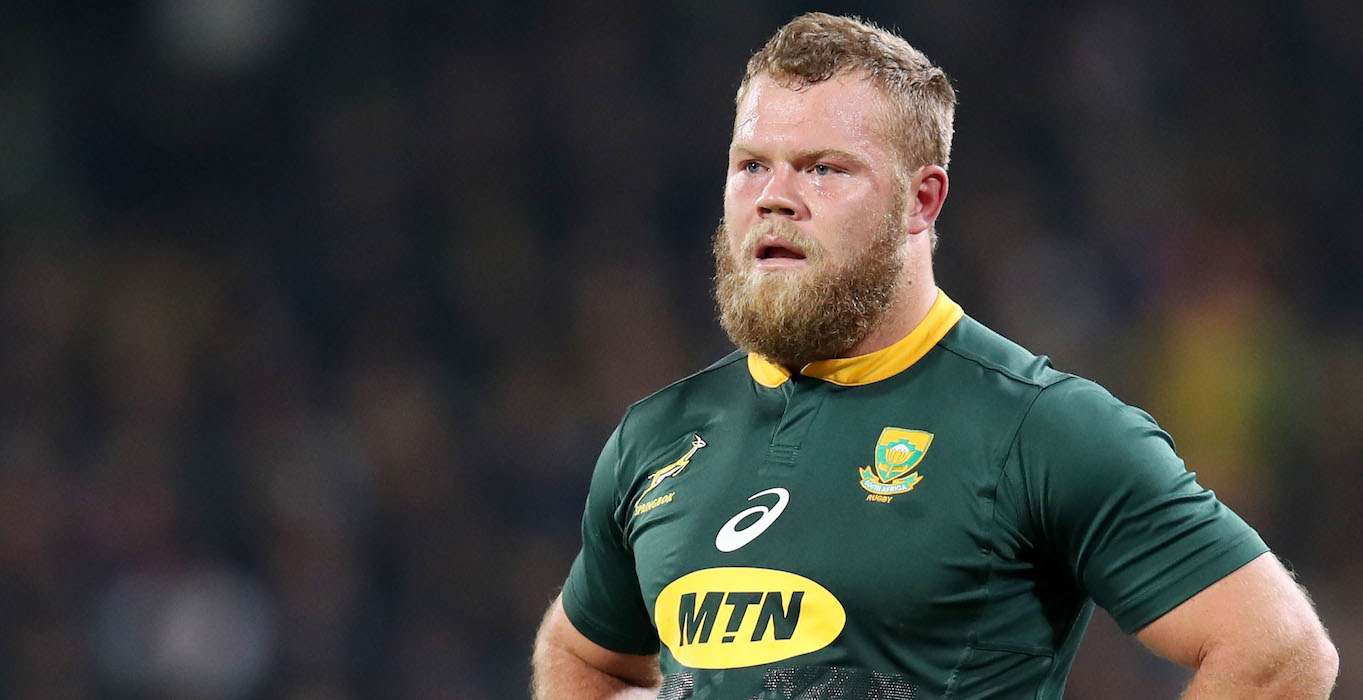 Sale Sharks have the signing of Springbok Akker van der Merwe from the Cell-C Sharks.

The lively hooker will make the switch to the AJ Bell Stadium after the conclusion of this year’s Super Rugby competition.

Van der Merwe burst onto the World Rugby scene in 2014 as a surprise inclusion in the Lions touring squad for the Super Rugby Season. Making his debut against the Chiefs in Hamilton, Akker scored his first try for the Lions a week later against the Highlanders in Dunedin.

Following his debut season, he joined French Top-14 outfit Racing 92 on a short-term contract before returning to Johannesburg for the start of Super Rugby in 2016, notably helping them reach the final of the competition alongside current Sale Shark Faf De Klerk.

After making 50 top flight appearances for the Lions, in 2017 van der Merwe joined the Durban based Sharks where he helped the team to a Currie Cup Final in his first year, winning the competition a year later alongside Rob and Jean-Luc du Preez.

Known in South Africa as ‘The Raging Warthog’ due to his constant energy and determination around the pitch, Akker made a real impact in his first season with the Sharks, earning his first call up to the Springboks for the 2018 June internationals he went on to make 3 appearances that summer for the national side.

The hooker is currently joint top try scorer in the 2019 Super Rugby competition, with three tries to his name in two games.