Sale Sharks are delighted to announce that Captain Jono Ross has re-signed with the club until the end of the 2021-22 Gallagher Premiership season.

Jono joined the Sharks from Top 14 Stade-Francais at the start of the 17-18 season and has been the commanding force within the Sale team ever since.

The 28-year old flanker made his debut against Wasps at the start of the 2017-18 season and went on to make 31 appearances for the club that year, being rewarded with the captaincy for the 2018-19 season.

Commenting on the announcement, Jono Said: 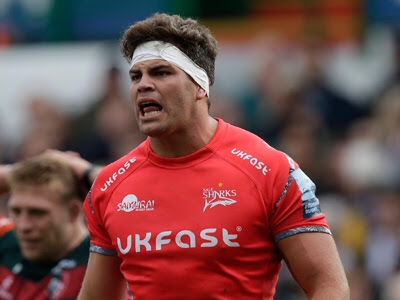 “I am honoured to re-sign with Sale for another three years. We have a fantastic group of boys at the club and we are building towards something special here in the North West.

My wife and I have settled nicely in Manchester and I had no hesitation when Steve asked me to stay at the club. I am really excited to continue my journey here and believe that there are big things to come in the very near future.”

“They will be greatly missed” – Saracens confirm EIGHT departing players