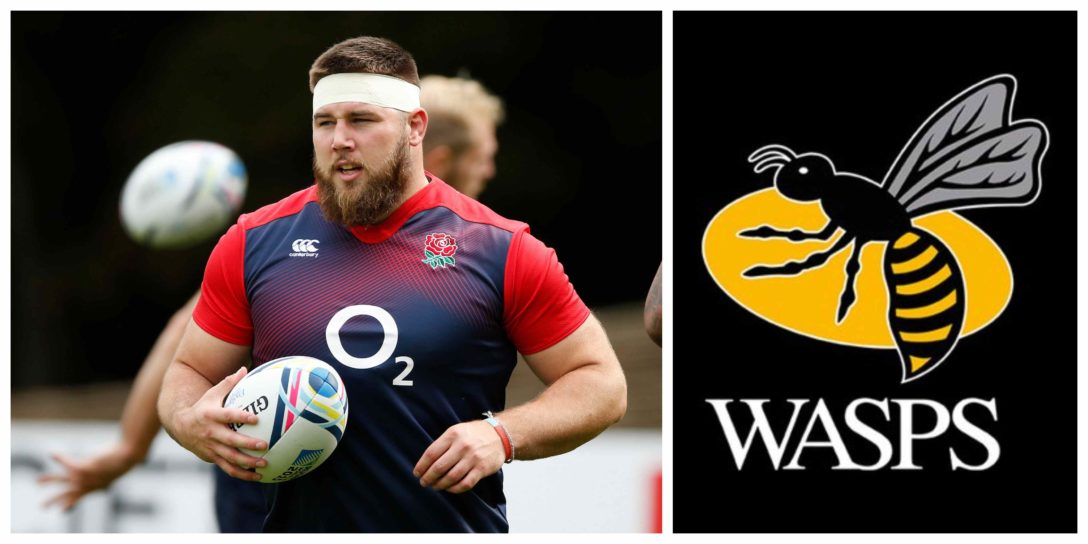 Brookes has played 73 times for Saints since joining them from Newcastle three years ago.

He appeared 81 times during two spells with the Falcons between 2009 and 2015, and also spent a two-year period at Leicester Tigers.

Brookes has won 16 England caps since making his debut against New Zealand on the 2014 summer tour.

“Kieran is a proven operator at Premiership and international level over a number of years.

“He is a good addition to our squad, and adds to a pool of props which mixes experience with some fast-developing younger players.

“As we all know, having a solid set-piece is a crucial component in a successful team. Kieran’s arrival will further boost us in this area, and he also offers plenty around the park both with ball in hand and defensively.”

“I am looking forward to joining Wasps and working with Dai and the staff there.

“There are also plenty of players I already have experience of playing with for England.

“Wasps have done well in recent seasons and hopefully I can play a part as the club tries to push on to the next level.

“I’ve enjoyed my time at Saints, and would like to thank the players, staff and fans for all their support.