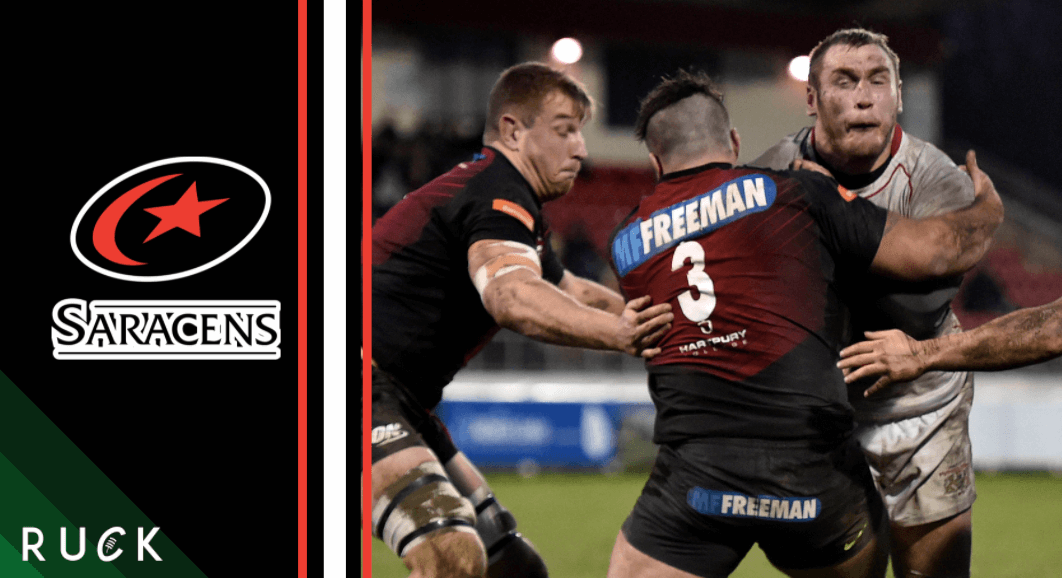 Saracens have announced the signing of powerhouse prop Alec Clarey from Jersey Reds.

The 26-year-old has spent the last three seasons with the Championship outfit and helped them to their highest ever finish of fourth in the 2018/19 season.

Clarey represented England Students at 18 and then shone at Hartpury, where he won the BUCS Championship final in 2014, before moving to Bristol Bears for a season in 2016.

🗞 Saracens is delighted to welcome prop Alec Clarey to the club.

🤝 The 26-year-old tighthead has joined from Jersey Reds.#TogetherSaracens ⚫️🔴

The front row has followed a similar pathway to current Sarries prop Richard Barrington, who joined from Jersey in 2013 and has gone on to make 188 appearances to date.

And with a fantastic opportunity ahead of him, Clarey insists he can’t wait to get started.

“I’m over the moon, I’m proper buzzing. It’s a dream come true like everyone else says,” said Clarey.

“I’ve been in the Championship for three years now and to be honest I didn’t know where things were going to go after that so it was a massive thing for Saracens to say they wanted me.

“I’m looking to take this opportunity and just do the best I can with it. Nothing else is going to come like this in your life so I’m going to give everything I’ve got.

“It would be good to have that environment where I can develop with different people and I’m really looking forward to the opportunity.”