Wasps have been linked with signing Georgian prop Zurab Zhvania to help solve their temporary issues at loose-head prop.

The 26-year-old has been listed as Wasps player in a trusted-Wikipedia entry that lists all of the Premiership Rugby ins and outs heading into the 2018/19 season. 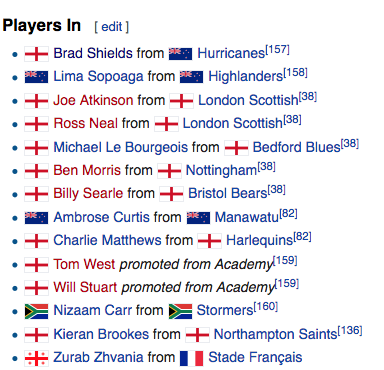 Nothing has been formally announced by the club, but it wouldn’t be huge surprise if Wasps did pursue the 34-times capped international forward given the double blow of losing Matt Mullan and Simon McIntyre for the start of the 2018/19 season.

The Georgian international, who has won 34 caps for the Lelos, scoring 10 tries, is renowned as a relentless scrummager with a knack for powering over for crucial five-pointers.

“Eddie should look at himself” – Danny Cipriani targets Jones