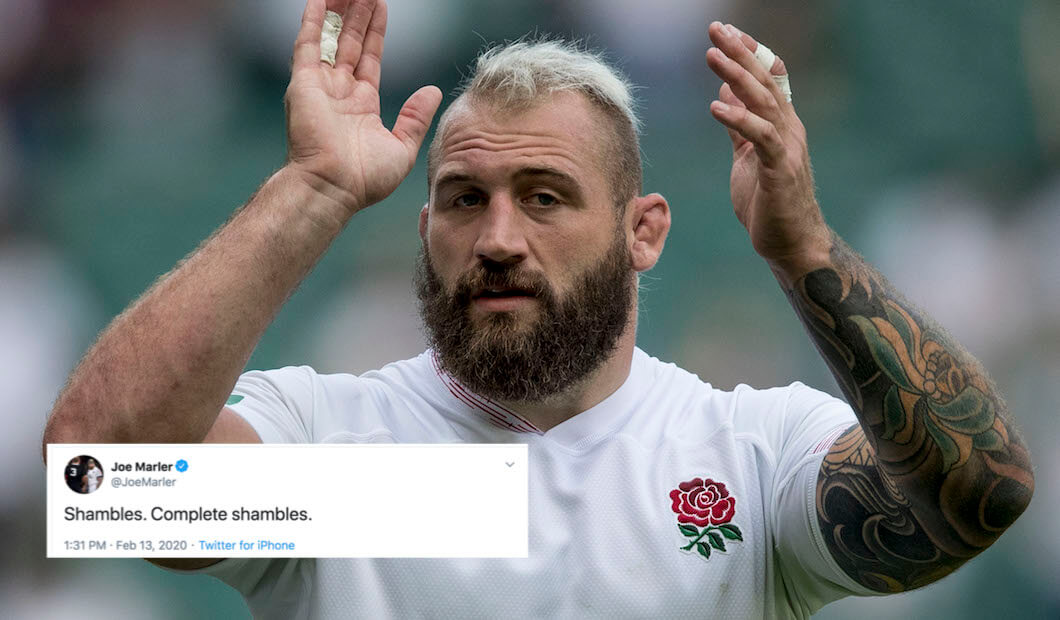 A tweet from England prop Joe Marler has more than a little mystery about it.

A lot of fans believe he was trying to, without directly commenting, give an opinion on the RFU cutting Championship clubs by 50%.

Due to Marler being a current international, it makes sense that he would not directly give an opinion on the developments.

However, a lot of current and former players – including Will Stuart, a current member of Eddie Jones’ England squad – have already been vocal with their disapproval.

The Wild West is getting even wilder. I can’t stress how important my time at @NottinghamRugby was for me. This is pure garbage for lads who put their bodies on the line for already laughable levels of player welfare. https://t.co/iwyLJOPVqU