A first victory over France and an all-time high of eighth in the World Rugby Rankings saw Fijian rugby conclude what had already been a marvellous year with another high in Paris on Saturday evening.

Over the last 12 months, the World Rugby Pacific Challenge and World Rugby U20 Championship titles have been won by the Fiji Warriors and Fiji U20s respectively, while Fiji Drua secured the Australia National Rugby Championship at only the second time of asking on the eve of this November’s senior tour.

Eight of the players involved in the Drua’s success graduated to the Flying Fijian squad and one of them, Josua Tuisova, got on the scoresheet as John McKee’s side secured a famous 21-14 win over Les Bleus at the Stade de France.

Semi Radradra had opened the scoring in the 19th minute before France hooker and captain Guilhem Guirado responded for Les Bleus. Guirado crossed again in the first half and with Baptiste Serin adding both conversions, France enjoyed a 14-12 lead at the break.

However, the home side failed to breach Fiji’s defence in the second 40 and three Ben Volavola penalties were enough to see Fiji make history.

With 1.55 points awarded to them, Fiji’s overall score is now 77.95 points which takes them above both France and Argentina. 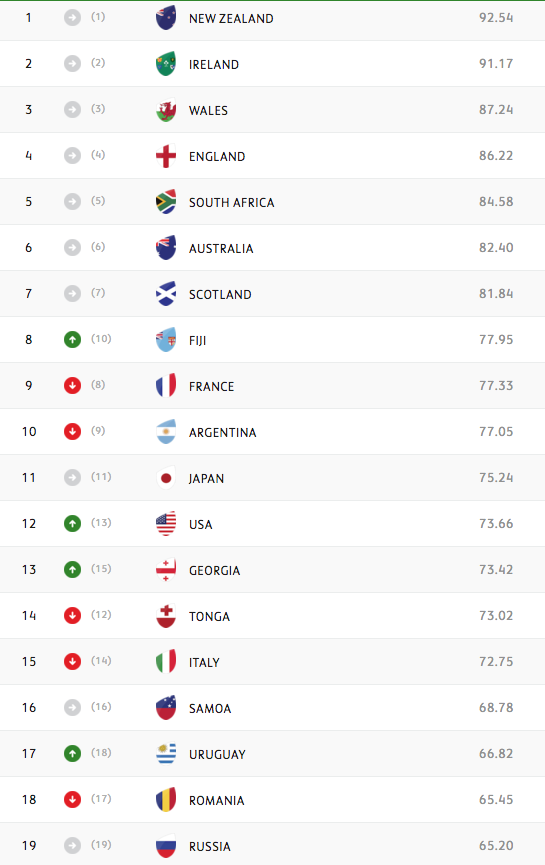