Inspired by Wasps’ rich history and combined with Under Armour’s innovative technology, the new kits will be worn by the players for the duration of the 2017/18 season. 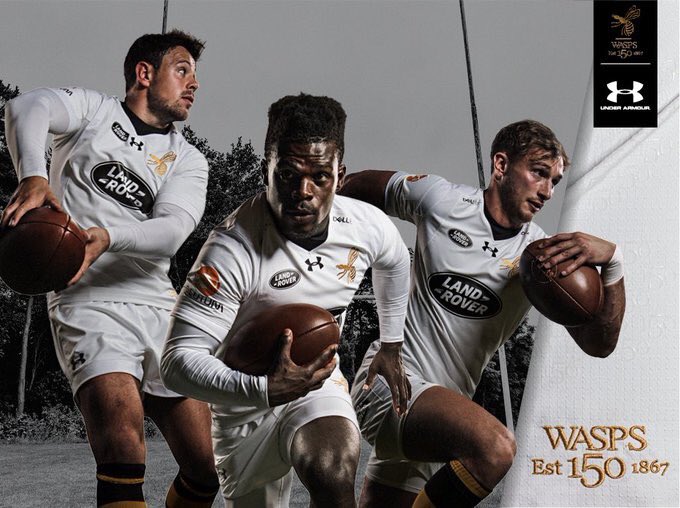 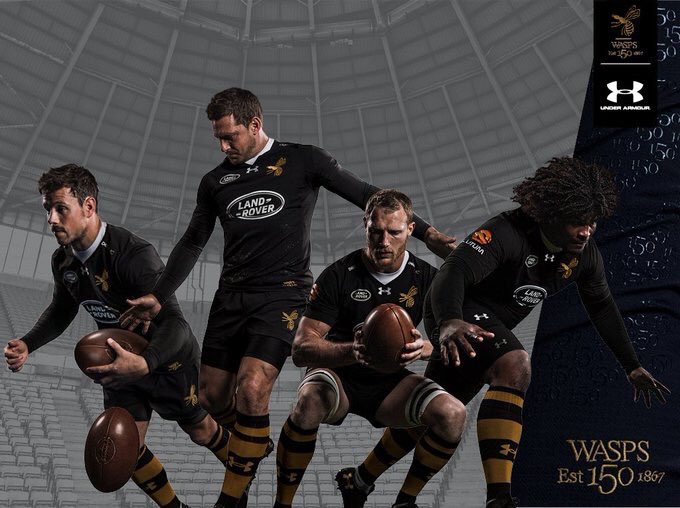 22nd August, Coventry: Wasps Rugby and global sports performance and innovation brand Under Armour have revealed the Club’s new home and away kits for the 2017/18 Aviva Premiership season.

To celebrate Wasps’ 150th anniversary season, official technical apparel partner Under Armour has designed special kits which are inspired by the club’s rich history and tradition.

The new home, away and training kits for the 2017/18 season are now available to buy online via waspsshop.co.uk and at the official club store.

To celebrate the launch of the 150th anniversary shirt, first team players Sam Jones, Kyle Eastmond and Tommy Taylor will be available for photos and autographs at Wasps Club Shop at the Ricoh Arena from 1630-1830 this afternoon, ahead of Wasps final pre-season game, against Connacht (kick off 7.30pm)

Club mascot Sting will also be on hand throughout the day to greet supporters in the club shop, while fans can put their rugby skills to the test in Wasps Interactive Zone which will be running between midday and 7pm.