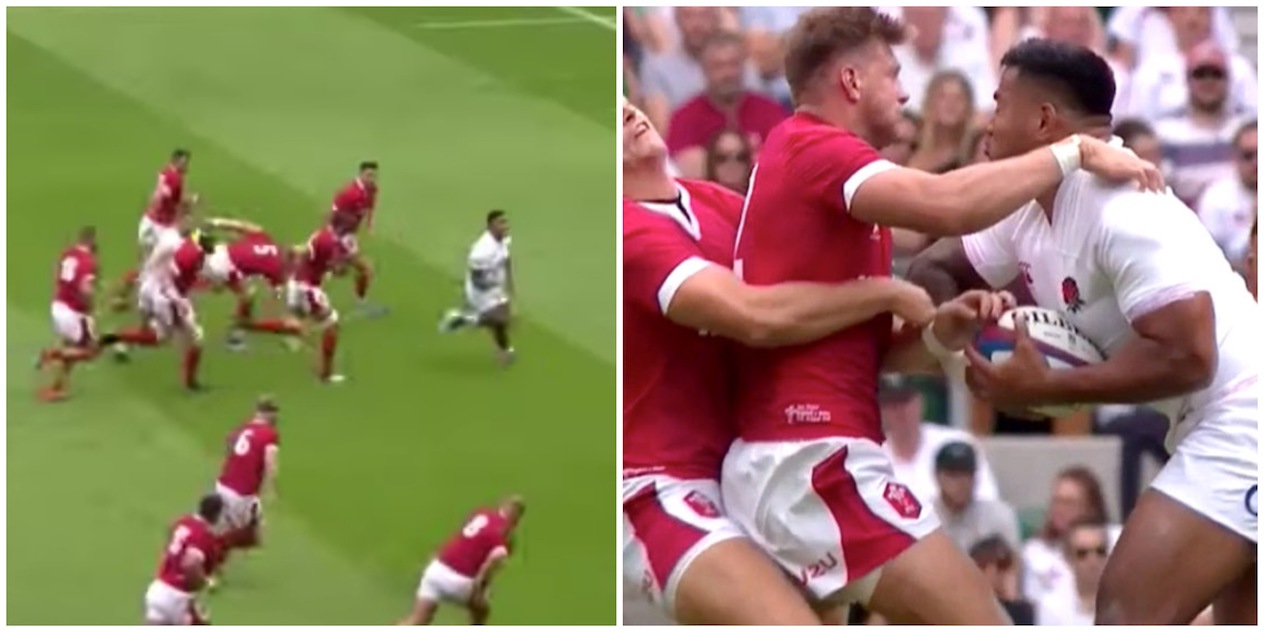 WATCH: Bulldozer Manu Tuilagi smashes through the whole of Wales

Manu Tuilagi, who was named in Eddie Jones’ World Cup squad today, came on for a late cameo in England’s 33-19 win over Wales at Twickenham on Sunday.

The powerful centre made some good tackles and put in one eye-catching bulldozing run, in particular, showing the kind of impact we’ve seen from him in the past.