Referee Nigel Owens was praised back in 2018 for stepping in and refusing to allow a player back on to the field of play because his Head Injury Assessment (HIA) was not carried out correctly.

When Owens spotted Makelara re-emerging back on to the field several minutes later he could be heard on the Premier Sports TV commentary saying: “Hang on a minute, boys, what’s going on here now?”

A lengthy discussion was then held with medics from both teams as the game was halted for a couple of minutes. Owens could be heard clearly asking “has the HIA been done properly?” as he tried to get to the bottom of what had gone on.

It soon became clear there had in fact been an issue as the app used to carry out the HIA wasn’t working.

There was then an agreement was reached that Makelara should be immediately removed again.

Treviso 16 (Makelara) had been off for HIA. He returns, but there is an issue.

“Has the HIA been done properly?”, asks Nigel Owens.

There is then discussion (can’t pick it up on mic) between Owens and staff from both sides.#concussion pic.twitter.com/rhQgAPQIPV

The moment Nigel Owens halted a match, questioned a team’s medics and told a player to get off for ‘his own safety’ https://t.co/fWg0mX23Wa pic.twitter.com/EpH8pWY0BS 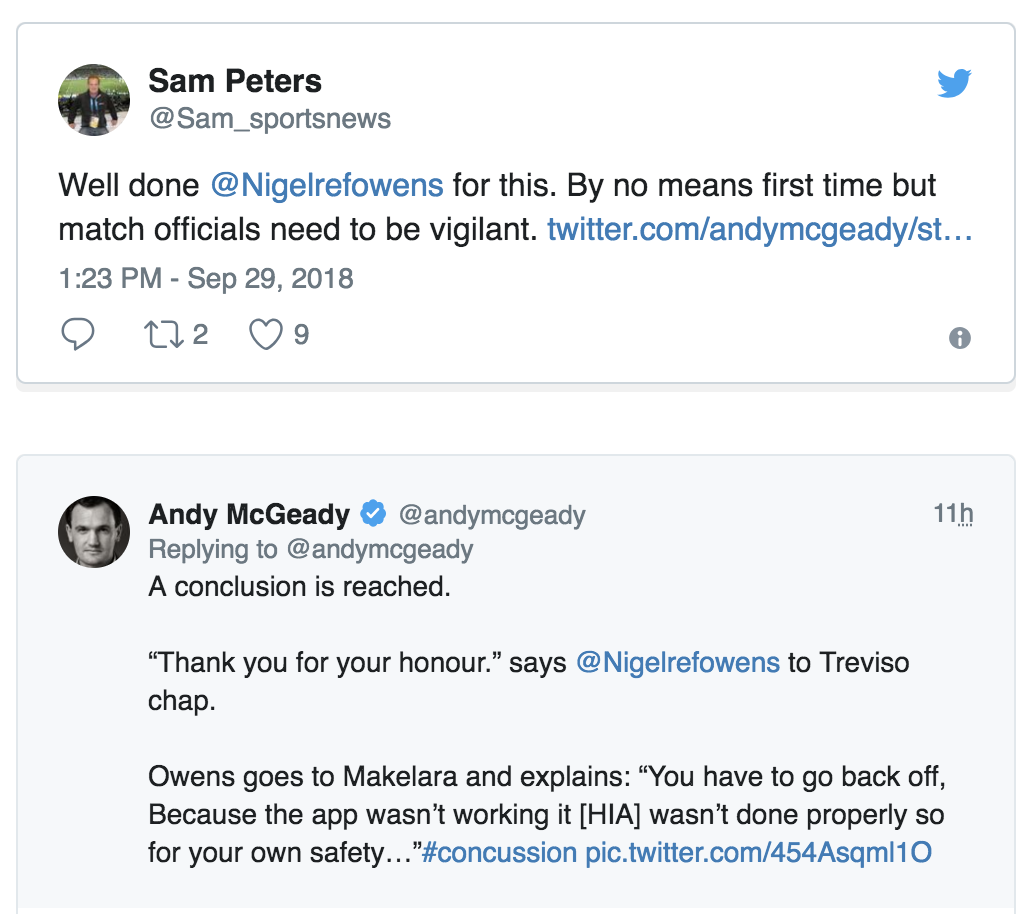 Nigel Owens: One of the most respected referees in the world and a fantastic sense of humour to go with it!

Here we list 20 of his very best moments on and off the pitch.

1. When someone offered him nudes