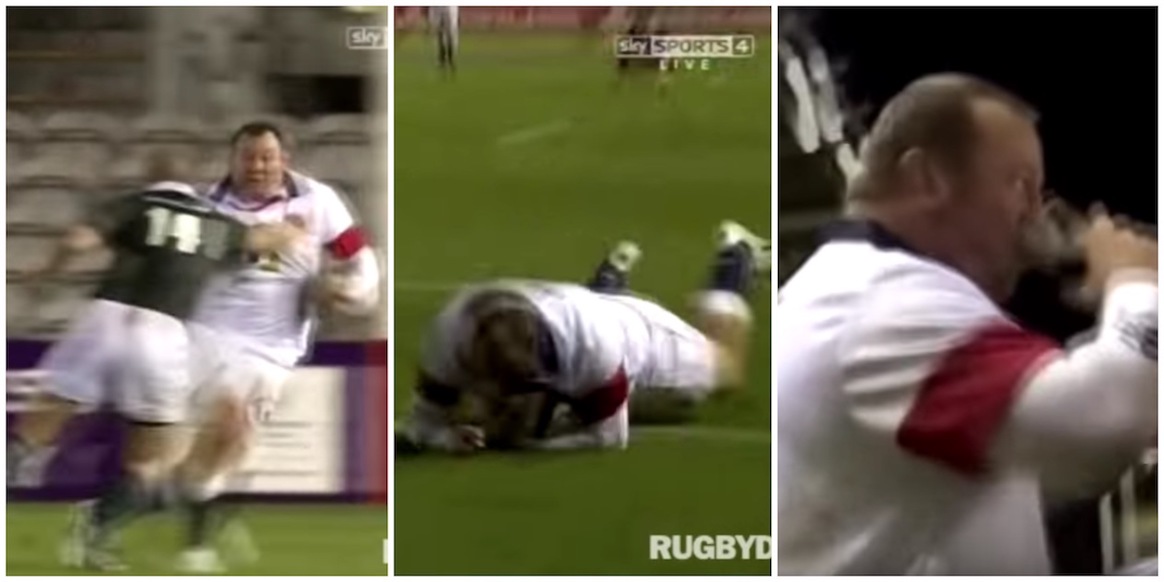 The England and Australian Legends met for a fun run around at the Twickenhham Stoop in honour of the ten year anniversary of the 2003 Rugby World Cup final.

Steve Thompson scored this wonder try, then had a pint or two to celebrate.