Newcastle will throw Juan Pablo Socino straight back into the action this Saturday when they travel to take on Worcester at Sixways. The Falcons head south in search of a first win of the Aviva Premiership season at the fourth attempt while the hosts themselves have lost back-to-back matches following their opening weekend success against Northampton.

Newcastle, who suffered their worst ever home reversal in going down 3-41 to Exeter Chiefs at Kingston Park last Sunday, have shuffled the pack, making five changes in the process.

Socino makes a first start of the season for the club at inside-centre while Chris Harris also returns to the midfield after recovering from a minor tissue injury.

Worcester have been a pretty settled unit so far, using the fewest amount of players (23) in the opening three rounds of the season and will take confidence from the fact they have lost just once to Newcastle in their last five Premiership Rugby encounters

They do though hand a debut to their new wing Bryce Heem, who will go straight into action for his new side after joining from Super Rugby side the Chiefs. The potent back forms a talented trio alongside full-back Chris Pennell and fellow winger Cooper Vuna.

Georgian hooker Jaba Bregvadze could also make his Warriors debut from the bench.

If the Warriors are to get anything from this game they need to ensure Tom Heathcote is on top of his game. The number 10 sailed over a last minute drop goal for the Warriors to win their opening game against Northampton, and he will need to deliver that kind of magic again here to give his side, what even at this crucial stage, could be a relegation decider. 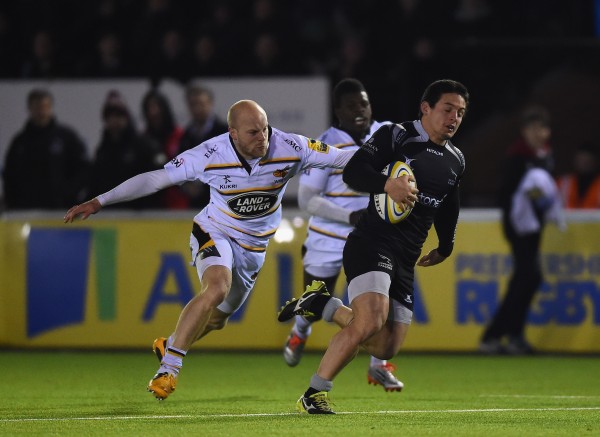 Since joining the Falcons from Rotherham in 2014 the wing has been a central pillar of what was an ever-improving Newcastle side. The visitors will hope having his dynamic presence back in the starting XV following his RWC campaign with Argentina can inspire the rest of the starting XV to put in a more convincing display this weekend after three successive defeats.