World champions New Zealand today mark eight years – or 2,922 consecutive days – as the number one side in the World Rugby Rankings.

The All Blacks returned to the top of the World Rugby Rankings on 16 November, 2009 as a result of the 1.72 rating points South Africa lost following their 20-13 loss to fifth-ranked France in Toulouse three days earlier.

New Zealand’s 20-6 victory over 12th-ranked Italy that weekend in Milan had no impact on their own rating, but ensured they had a cushion of just over five tenths over the defeated Springboks when the rankings updated.

That slender advantage at the top has grown to its current 3.69 points, although England are the team now leading the chase to knock the All Blacks off the summit rather than South Africa. 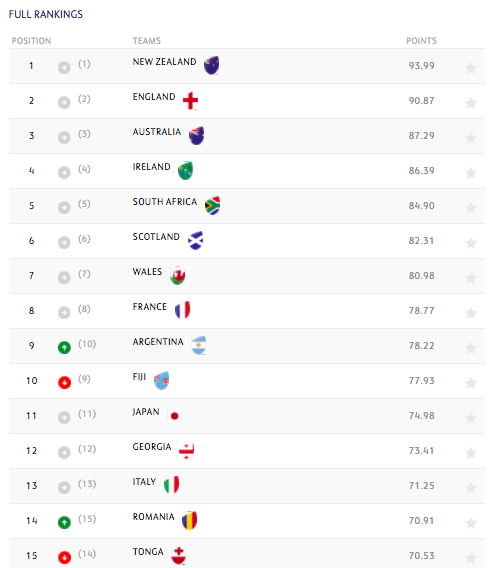 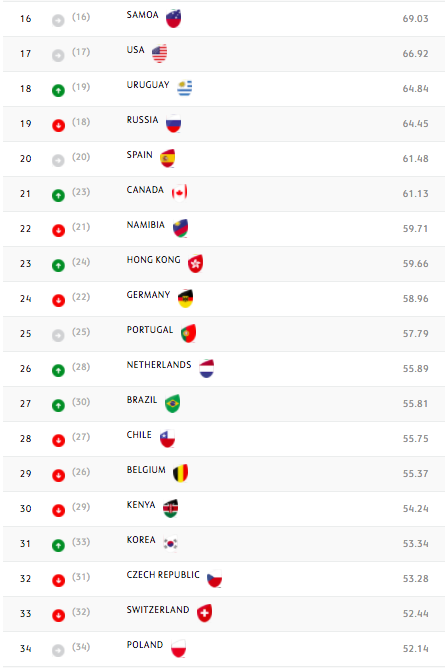