After avoiding a 3-0 series whitewash at the hands of hosts South Africa with a 25-10 win over the Springboks in the third and final test at Newlands, England have moved up to fourth place in the World Rugby Rankings.

Owen Farrell’s first win in charge of the team was worth one and a third points to lift them above Australia and  South Africa. Another three points from the boot of Farrell, who kicked six penalties and a conversion for a 20-point haul, would have taken Eddie Jones’ men back up to third – their position at the start of the summer. 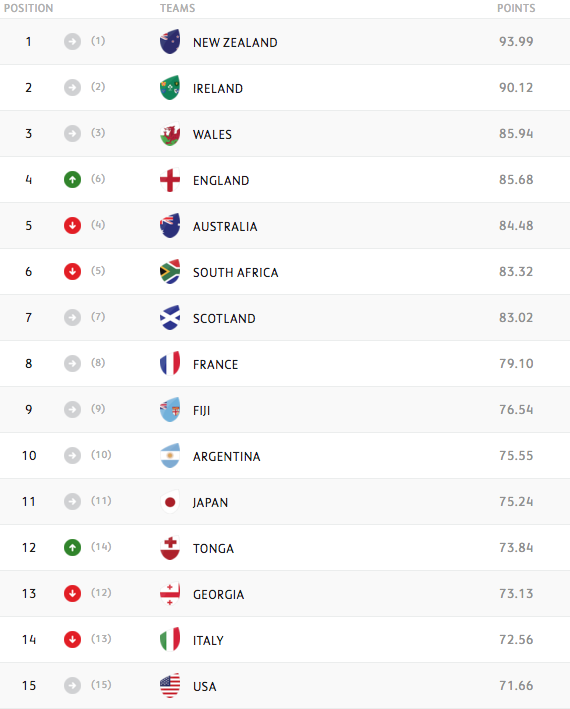 5 current Lions stars who’ve got strange nicknames – and why