Jubilant Wales have moved up to third place in the World Rugby Rankings after completing a 2-0 series win over Argentina – their first in the South American country since 1999.

Tries from winger Josh Adams and full-back Hallam Amos and 20 points from the boot of Rhys Patchell earned Warren Gatland’s side a win which, combined with South Africa’s defeat of England, lifts them to their highest position in the rankings since October 2015. 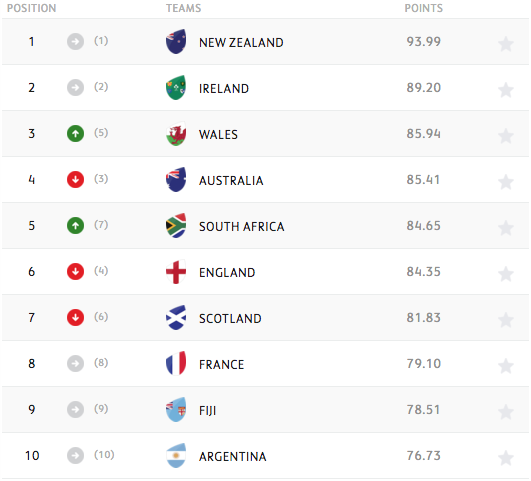