England replace South Africa in third place in the World Rugby Rankings after their first-ever win over Australia in Brisbane was combined with the Springboks’ loss to 14-man Ireland in Cape Town.

England’s 39-28 victory at the Suncorp Stadium on Saturday increased their rating points by 1.77 points to 86.37.

Unbeaten in seven games under Eddie Jones, England are now 0.71 of a point better off than South Africa and just over one point behind Australia, who they would have overtaken too, had they managed to put five more points on the Rugby World Cup 2015 runner-up. 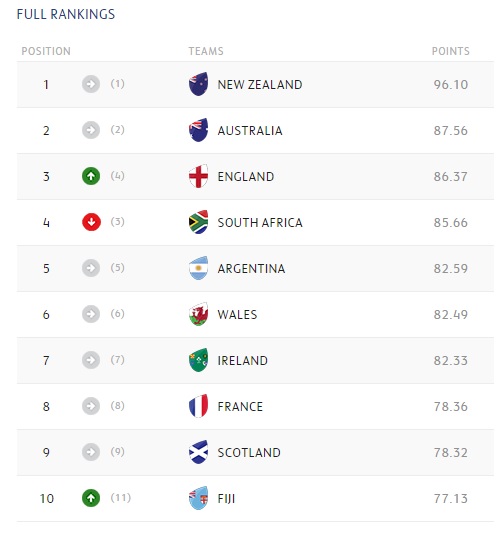