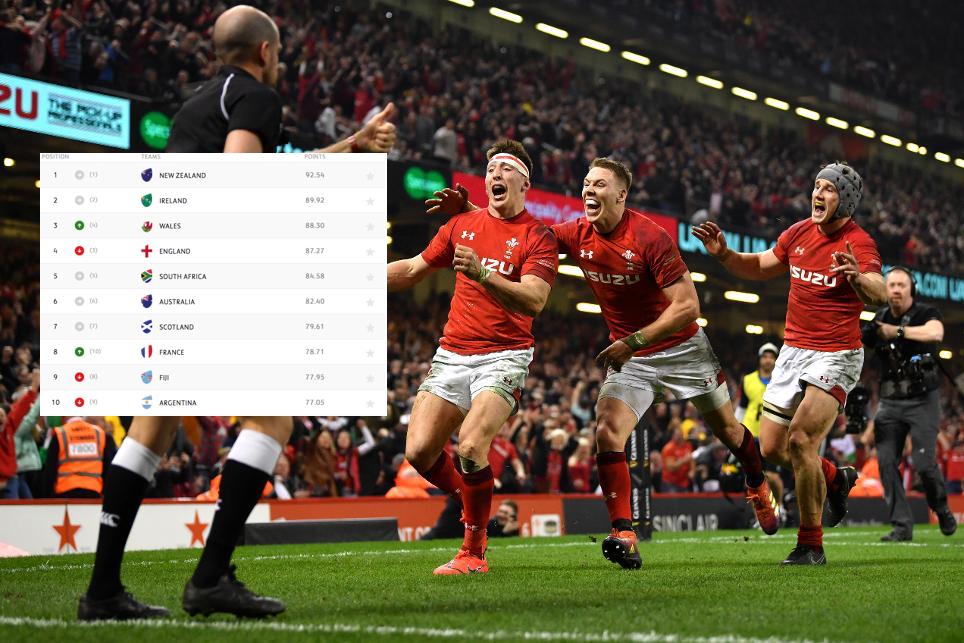 A record 12th consecutive victory, the outright lead at the top of the Six Nations table and a return to third place in the World Rugby Rankings, as weekends go they don’t get much better for Welsh rugby supporters. And to achieve all that by beating England made it just that bit sweeter.

The 21-13 victory at the Principality Stadium in Cardiff was worth three-quarters of a point to Warren Gatland’s history-makers who are still on course for a Grand Slam with a trip to Scotland and a home game against Ireland still to come in the final two rounds of the Championship.

Tom Curry had given England the dream start when he burst away from an unguarded ruck but Wales dominated the second half and tries from Cory Hill and Josh Adams, between the 67th and 77th minutes, sent the home crowd into raptures.

A fraction over a rating point now separates the teams in the rankings with England dropping down to fourth.