Australia open their Rugby Championship account with a narrow win over South Africa, while New Zealand go three from three with victory over Los Pumas to stay well clear at the top of the World Rugby Rankings.

Australia have closed the gap on England in the World Rugby Rankings after bouncing back from back-to-back losses against New Zealand in the opening two rounds of The Rugby Championship with a hard-fought 23-18 win over South Africa in Brisbane.

The Wallabies picked up a fraction under half a rating point for the win to move on to 84.45 points – 1.22 behind England in fourth place. 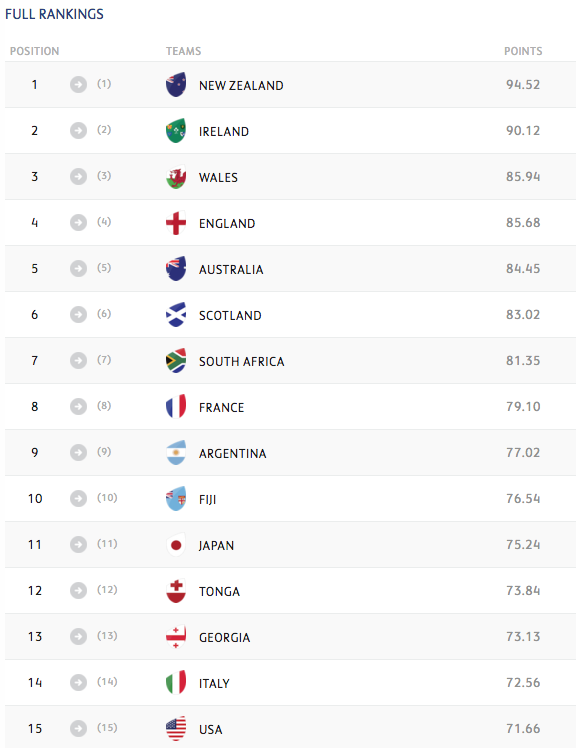