Celebrating with family after their victory against Wales in Cardiff, the New Zealand stars soon spotted the young Welsh fan nearby.

And after learning about his budding career, full-back Damian McKenzie gave the Cathedral School pupil his boots while the rest of the All Blacks posed for photos.

Corey – who has been playing since he was five – dreams of using the boots to play for Wales. 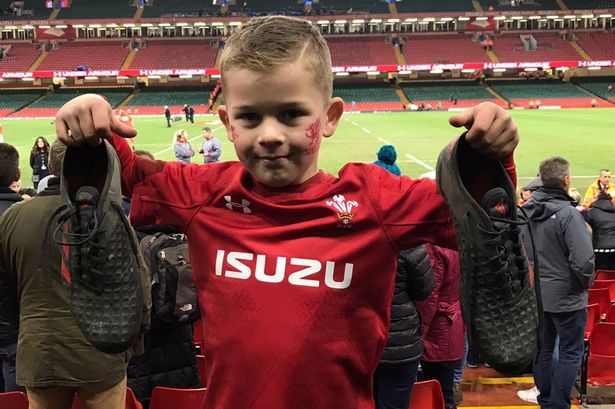 Another young Wales fan, Jaydon, had his equally made by Jack Goodhue. 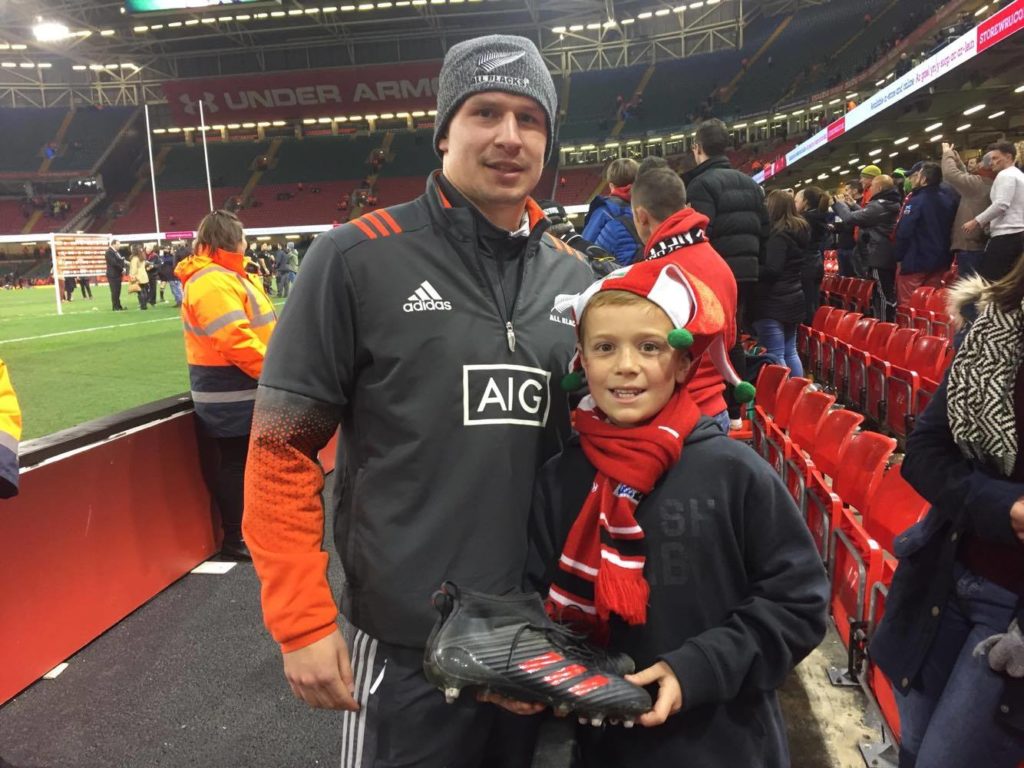