Wales flanker Sam Warburton has reestablished himself as the runaway favourite to lead the British & Irish Lions this summer.

Owen Farrell, who had previously been 10/1 at Betway, had come from nowhere to be 13/8 joint-favourite with Warburton, who led the tourists in 2013.

However, the Welsh flanker has now pulled away once again and is the 4/7 odds on favourite with Betway.

Meanwhile, Dylan Hartley, who was 6/1 during the Six Nations, has saw his odds lengthened to a long 20/1 shot. 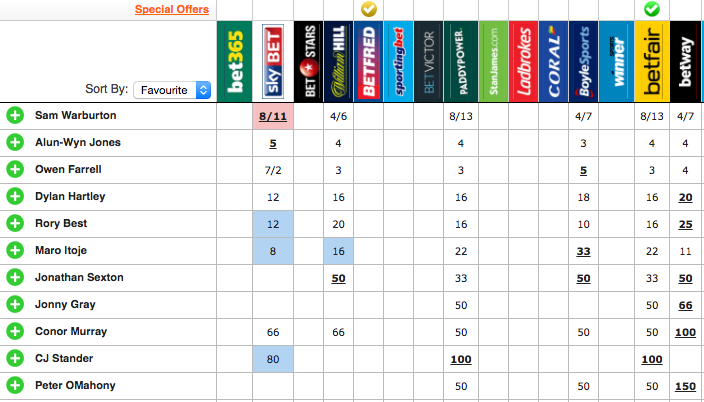 A number of new bookies are now offering odds on the England captaincy with Warburton leading the way at each..