All Blacks winger Julian Sacea is reportedly keen to play in Europe after falling out of favour with New Zealand head coach Steve Hanson.

According to The Rugby Paper, Savea could join Harlequins on a short-term deal to fill the void by Marland Yarde, who is apparently about to join the Sale Sharks after being left out of Quins’ squad in recent weeks.

However, this idea appears to have been wholeheartedly denied by Savea’s wife, Fatima, on Twitter.

She first said this: 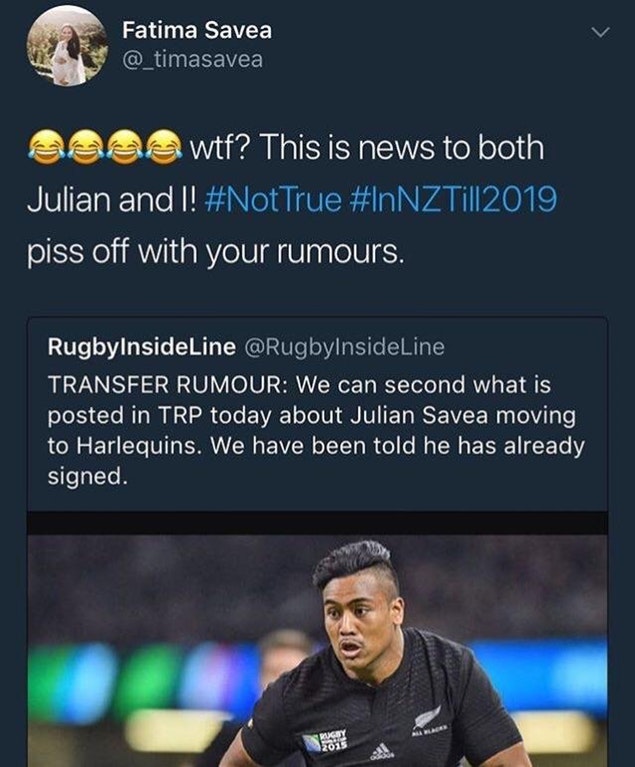 She then went on to explain that the winger would not want to miss the birth of his child, ruling out the move.

Not even for a minute. He isn’t missing the birth of his child in December. https://t.co/ZCVjlSvdBz

The winger then himself ruled out the move.