One of the most polarising figures in rugby down the years, James Haskell is the latest legend to select his Lions XV to beat South Africa.

And, as is the territory when speculating who will be selected, a lot of fans strongly disagree with his picks.

Speaking on The Good, The Bad & The Rugby podcast, Haskell selected nine Englishman in his matchday 23 despite their underwhelming 2021 Six Nations.

One fan wrote politely: “A bit too England-heavy for me, this.”

Another added: “So many English in there I’m surprised he didn’t pick himself,” 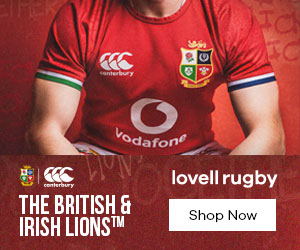 So, is his team too England heavy? Scroll on to check out his full British & Irish Lions XV to make your own decision. How do you think they’d go?

DID YOU KNOW? Hogg was twice named Six Nations player of the tournament- in 2016 and 2017