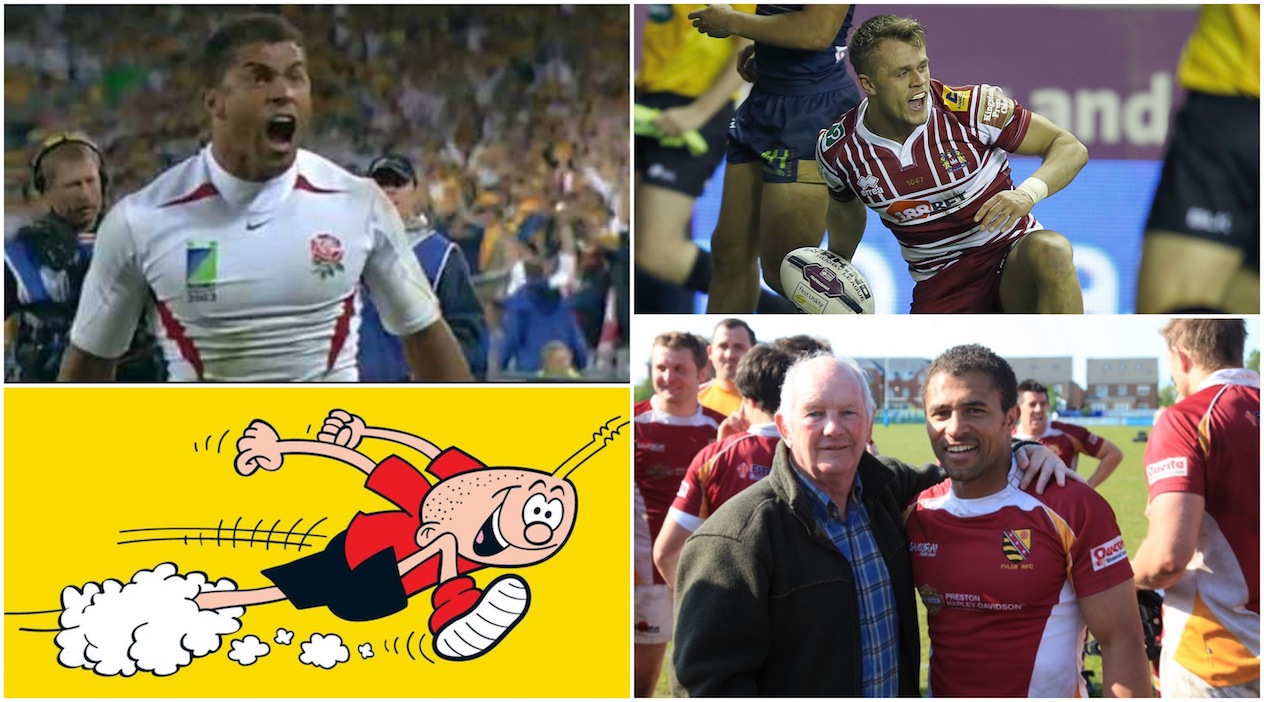 Jason Robinson: 10 things you didn’t know about the England legend

Being one of the most popular players on the globe is likely to generate an incredible fan-base globally, but we are fairly confident that there are some aspects of Jason Robinson’s life and career you are not familiar with.

Robinson is nicknamed ‘Billy Whizz‘ after a character in the British comic The Beano, who is an extremely fast runner.

In 1996, rugby union had gone open, allowing professional players for the first time, and rugby league changed from a winter sport to a summer sport, so a number of league players chose to play part of a season for a rugby union club. Robinson played for Bath, scoring 4 points in 13 outings..

He scored 30 tries in 56 international matches, including a try in the 2003 World Cup Final against Australia. He played in all seven of England’s World Cup games in 2003.