England powerhouse Joe Launchbury has made a classy reaction to being overlooked by Warren Gatland for his initial 41-man British & Irish Lions squad.

His club Wasps were certainly shocked, tweeting this.

All gobsmacked here that Joe Launchbury wont be with @lionsofficial. 2 motm’s in a 6 Nations winning campaign & player of the comp nominee

However, the Wasps second-rower only had time to tweet congratulations to his friend and teammate Elliot Daly, who was included in Gatland’s squad. 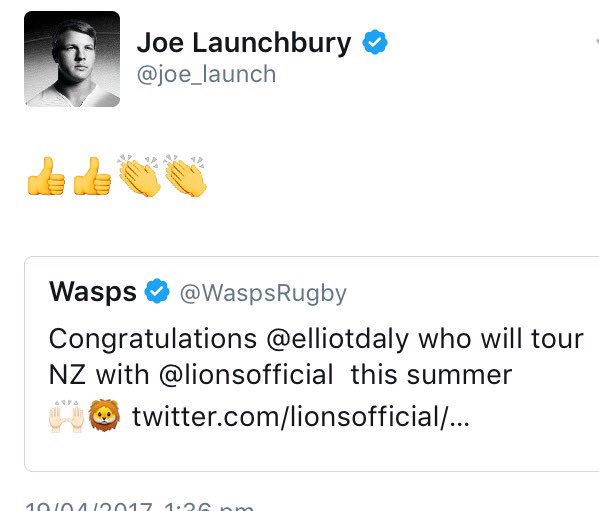 Launchbury may yet still tour with the Lions as such a gruelling campaign, which includes 10 matches, will result in a number of injuries.

Joe Launchbury, don’t get that at all #LionsNZ2017

Feel particularly for Joe Launchbury. He’s been magnificent for England in George Kruis’s absence yet Kruis is the man selected #LionsNZ2017

The unluckiest? Joe Launchbury. Not entirely sure how much more he could’ve done. Otherwise, a strong & exciting 41.