Georgia’s national rugby team has won its second match of the 2017 Europe Championship.

The Georgian side handed a defeat to Germany 50 to 6 in the Georgian town of Rustavi in its second Rugby Europe Championship match this afternoon. 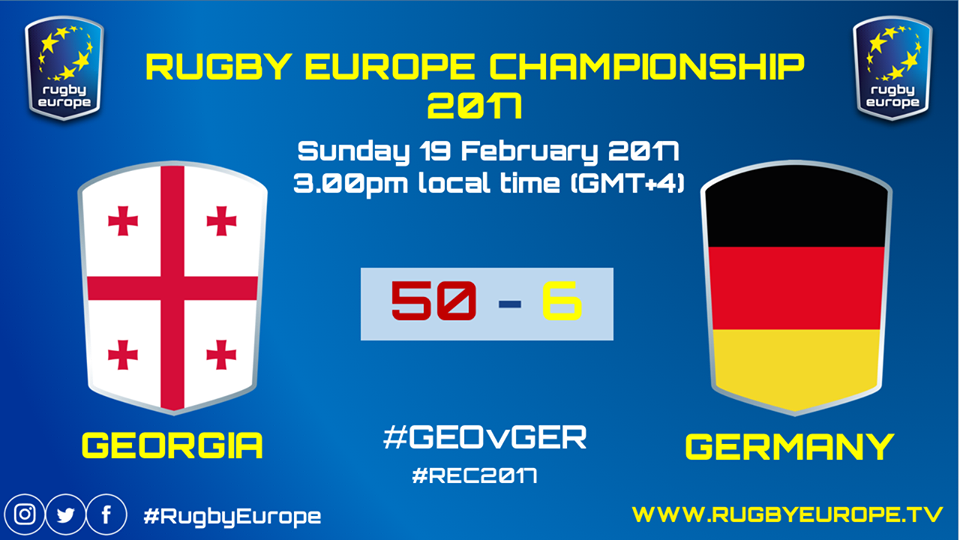 Georgia had led 21-6 at the break before really turning on the style after the restart.

Meanwhile, Romania bounced back from their unexpected defeat to Germany last week by seeing off Spain 13-3 at their National Stadium in Bucharest.

And finally, there was also a win for Russia, who saw off Belgium 25-18

Radical rugby law trials will be used across Britain this weekend