This Sunday, Saracens players create a piece of history by running out at Stade Marcel Michelin with the names of individuals that have inspired their careers on the back of their match shirts.

Saracens sponsor Betsafe are teaming up with Mako Vunipola, Calum Clark, Richard Barrington, Vincent Koch and the rest of the Saracens team to show support for their family and friends. 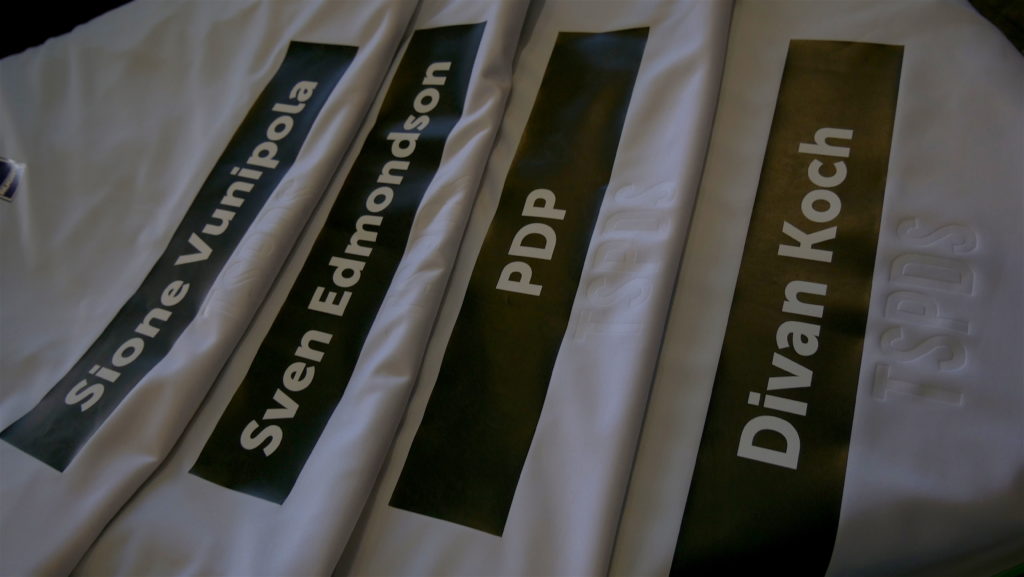 The Sarries players made a touching tribute to the reasons behind their shirt choice;

Mako Vunipola has dedicated his shirt to his grandfather, Sione Vunipola;

“(Sione) Had the vision to dream where others never imagined. Gave me the ambition to achieve those dreams. When we were younger and first came over my parents were looking to head back to Tonga, but Sione convinced them to stay, as he always believed that we would either play rugby or have better opportunities by staying in England.”

Vincent Koch was inspired by his brother growing up and dedicated his shirt to Divan Koch;

“(Divan) Inspired me to work hard and has helped me get to where I am today. In 2006 he said that we should both try and get provincial colours for rugby. He pushed me to work hard on my fitness and get stronger in the gym. On rainy days we were out on the training paddock trying to get better. Throughout my career he has been the person I turn to for advice and encouragement. He is always encouraging me to be the best I can.”

Calum Clark reveals the man who inspires him and why he will be wearing Mark ‘Sven’ Edmondson’s name on the back of his shirt;

My cousin is in his mid-thirties, and has been diagnosed with a serious form of cancer. Initially the diagnosis was pretty bad but through his positive attitude and change in lifestyle he is fighting the disease and is making great progress. His
support network of his wife Becci and 2 kids Finn and Wilf have been massive in keeping him positive. He is a massive sports fan and has always followed my career and is inspiring me to see the turnaround he has made fighting this disease.”

“The initials of Petrus Du Plessis who has been a great role model for me over the last 4 seasons. He has taught me to become a better scrummager and also better person in life. He taught me the difference between right and wrong. Helped me to integrate into the club and developed me as a player. I always enjoyed scrummaging down against him on a Tuesday morning, I always saw it as a chance to get better.”
The global sponsorship of Saracens will run for the next three years and sees Betsafe branding present on the squad’s home and away shirts, as well as at Saracens’ home ground, Allianz Park. The deal represents the first rugby sponsorship for Betsson Group.
Saracens players will feature in the new Betsafe ‘Passion Overcome The Odds’ advertising campaign, entitled ‘The Walk of Adversity’. Launching in January, it will also feature Betsafe brand ambassadors, Conor McGregor and leading jockey, Sam Twiston-Davies, as well as boxer Tony Bellew and stars from Manchester City.

For more information on the odds and a full wide range of Clermont vs Saracens betting markets, please go to: www.betsafe.com