“When you put your hand in a fence where there is a lion, you will get bitten.”

For most people that’s good advice. Unfortunately for Wales and Ospreys hooker Scott Baldwin the advice came a little too late.

That’s because they are the wise words of Baldwin’s boss Steve Tandy, after the 29-year-old missed his team’s latest Pro14 fixture because he had been bitten by a lion.

While trying to pet it.

But according to Wikipedia, Scott Baldwin is actually an amateur Lion tamer. 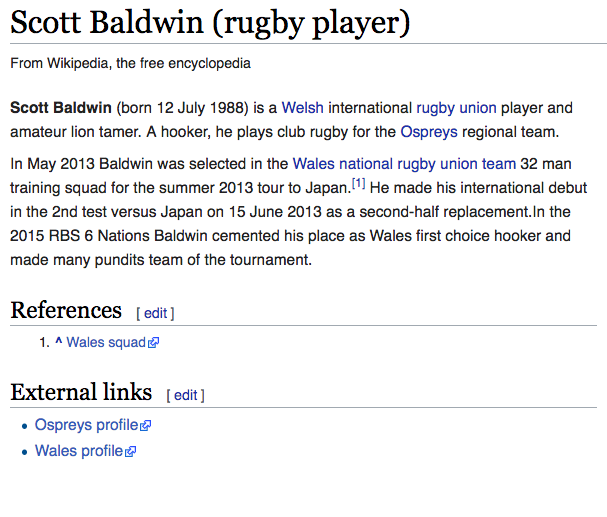 This isn’t the first time a Wales player has had their Wiki page edited.

Following his controversial call-up to the British & Irish Lions squad, someone edited Cory Hill’s page, suggesting he was a relative of Warren Gatland. 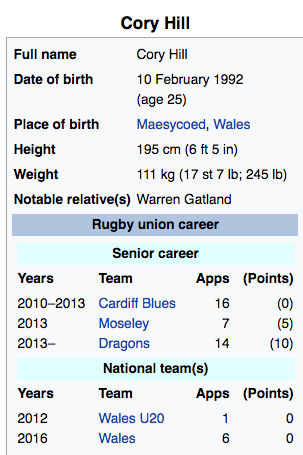