Speedster Semesa Rokoduguni scored a stunning try for England Saxons as they beat South Africa A 32-24 in the first of their two tour matches.

The visitors, whose starting XV had a combined total of 60 senior caps, led 22-3 at half-time thanks to tries from Alec Hepburn, Semesa Rokoduguni and Dan Robson. 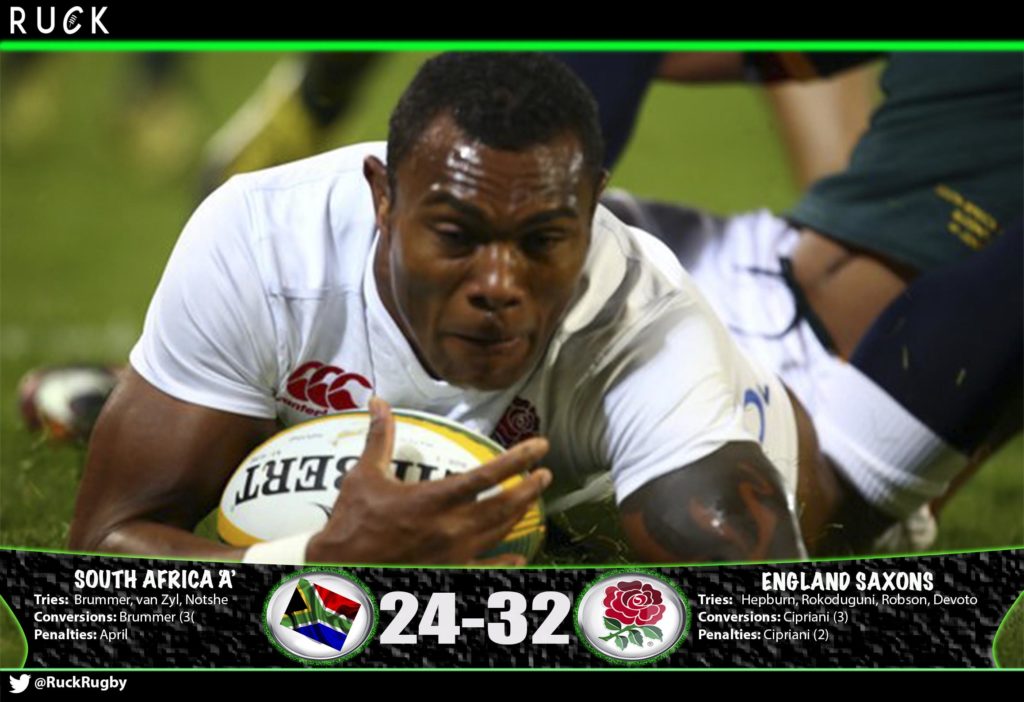 South Africa went over three times after the break, but Ollie Devoto’s late score made sure of the Saxons win.