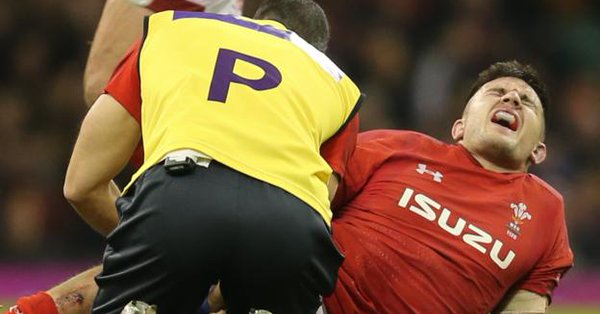 These were the awful scenes at the end of the Wales v South Africa game as Ellis Jenkins was treated for a horrific-looking knee injury following a heroic performance.

The Cardiff Blues captain was named man of the match for his back-row efforts as Wales completed their first-ever autumn clean sweep.

Jenkins will undergo a scan on the injury on Monday.