South Africa strolled to a convincing win against Argentina in the third-place play-off at the Olympic Stadium on Friday night. The victory and efficient performance was the perfect way for Springbok legends Schalk Burger and Victor Matfield to bow out of Test rugby.

Despite being on the losing side, the Pumas Nicolas Sanchez was able to win the battle of the fly-halves to ensure he continues to be competition’s top scorer on 97 points, just four points ahead of Springbok Handre Pollard. The Wallabies Bernard Foley, who is in third, would have to score 19 points in the RWC final tomorrow to overtake the South American.

Meanwhile, Springbok wing Bryan Habana was unable to find the record-breaking score, and, therefore, has likely ended his RWC career level with the legendary Jonah Lomu in the history books on 15 tries. 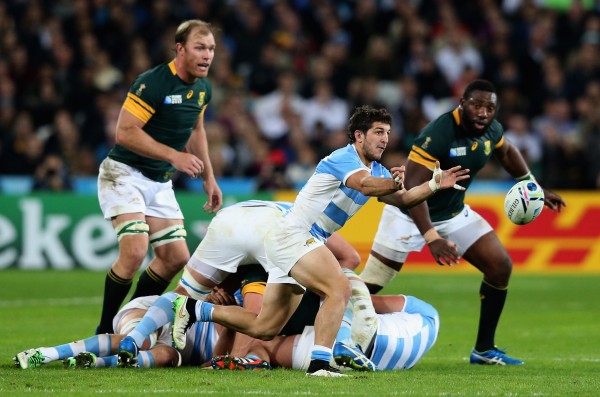 The Pumas got off to the worst possible start when scrum-half Tomas Cubelli was sin-binned after just four minutes for slowing the ball down.

The Springbok fly-half then added two more three-pointers to give his side a convincing lead at the break. Pollard’s 11-point haul in the first half was enough for him to overtake Sanchez in the top point scorer table by a single point 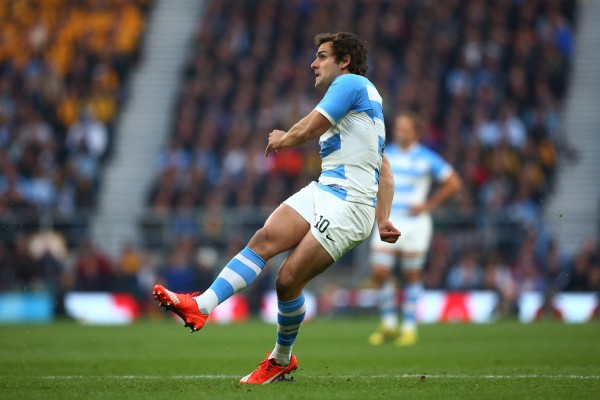 However, the Pumas number 10 was back in front when he kicked a drop-goal just a minute after the restart, 16-3.

South Africa though extended their lead two minutes later when beefy lock Eben Etzebeth slid in on his knees to touch down. Pollard missed his chance to leapfrog Sanchez in the points table with the conversion but did get back in front after 48 minutes from a penalty, 24-3.

But the Sanchez boot was as reliable as ever four minutes later from the tee as the battle within the war between the fly-halves continued, 24-6.

Argentina’s late pressure then paid off as they got the try they deserved for their efforts in over time. Replacement Juan Pablo Orlandi managed to climb over a pile of bodies to force the ball down, and Sanchez converted to complete the game’s scoring.